​Tottenham midfielder Dele Alli has admitted that he has had to adapt and learn since becoming a Premier League and international footballer with Spurs and England.

Dele burst onto the scene as a 16-year-old at MK Dons, and went on to make 74 league appearances for the club. In this time, he managed to score an impressive 22 times and provide a further 12 assists.

As a result, Spurs moved swiftly to secure his services back in 2015. Since then, he has gone on to become a regular first-team player not only for his club, but also on the international stage with England. 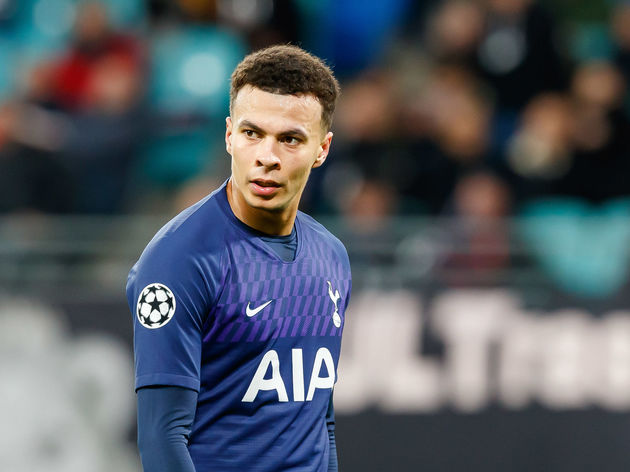 However, considering how long he has been around for, it is sometimes easy to forget that Dele is only 23 years old. And he is still learning from mistakes and looking to constantly improve. He has now opened up on this, explaining that since he became a widely recognised footballer playing for both ​Tottenham and England, he has had to act more like a role model.

Speaking to ​Otro's YouTube channel recently, ​Dele said: "After I started playing for Tottenham, things escalated quickly. Within the first season, I was playing for the national team and the year before that, I was just this normal guy, I could go anywhere without being noticed really.

"When you join the ​Premier League, and you have the same mentality and mindset of 'I'm just this normal kid from Milton Keynes', and you think you can do whatever you want and you don't think of yourself as this role model to children and, unfortunately, that's not the case.

"It is fortunate and I am very privileged to be in that position and very honoured, but I have made a lot of mistakes...and there's a lot of changes I had to make with my social life and my friends. I just had to make sure I was doing everything to make sure I am a role model.

"After I started playing for the national team a lot of people would stop me and ask for pictures...

“I’m still young and each experience is a new one for me, so it’s important to have good people around you - and I’ve always had that growing up.”

Dele did recently post an ill-advised joke regarding the coronavirus pandemic and while he later apologised, he could yet be punished by the FA for this.