England captain Harry Kane has revealed he would be willing to lead the team off the pitch if they encounter any more racist abuse.

In ugly scenes during the Three Lions' Euro 2020 qualifying match with Montenegro on Monday, loud monkey chants could be heard being aimed at Danny Rose, Raheem Sterling and Callum Hudson-Odoi.

Speaking after receiving his MBE from Buckingham Palace on Thursday, Kane said as quoted by the Te​legraph: "It’s terrible, it's unacceptable, and I thought our players handled it so well and were so professional and focused on their job and doing what they do best.

"Now it’s up to the people in charge to make sure the right action is taken because it’s not acceptable in football or any part of life."

With widespread debate about the appropriate measure to combat racism at football games, Kane confirmed that if his England teammates wanted to walk off the pitch, then he would support them.

Montenegro need punishing for the racist chants of some of their supporters. @UEFA have to take action, proper action. Montenegro FA spokesman claims "there was no" racist chanting. Nonsense. #kickitout

The ​Tottenham star added: "I’m supportive of my teammates and if it happened again and they weren’t happy and wanted to talk about it or take a breather I would fully back them.

"We are a team, a unit and we stick behind all of our players. Hopefully it will never happen again but if it did, I would take their lead on that and whatever they wanted we would support them in that." 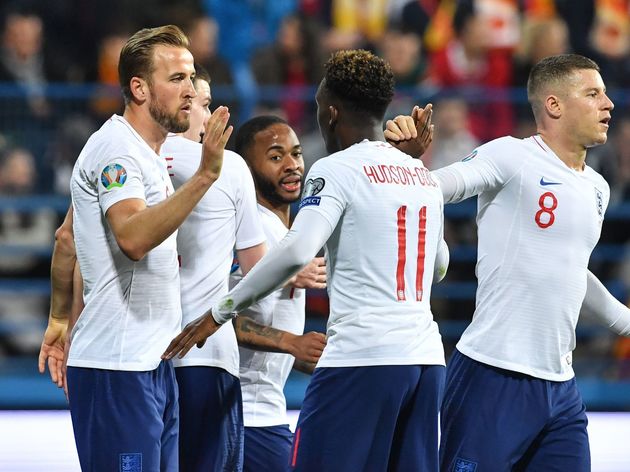 UEFA's Control, Ethics and Disciplinary panel will hear the case against Montenegro on 16 May, with stadium closure sanctions expected to be enforced.