​Tottenham defender Jan Vertonghen has denied rumours of conflict between himself and manager Mauricio Pochettino.

The Belgium international was left out of Spurs' first three Premier League games this season, raising questions as to whether there was a falling out between the pair.

Considering Vertonghen has been a regular starter for a number of years now, his absence in the opening games came as something of a shock, but the player has offered some explanation as to the reason behind it. He's since been recalled to the starting lineup, playing the entire 90 minutes of the north London derby, where the ​Lilywhites held on for a hard-fought 2-2 draw against ​Arsenal at the Emirates Stadium.

The ​Mirror reports that Vertonghen discussed the encounter upon its completion, also touching on why he didn't play in the weeks before.

“No, no, no (it was not fitness related). I came back fit. I played in every pre-season game and I didn't miss a session. Like the manager explained, it was a tactical decision and we players have to accept his decisions." But, unsurprisingly, there was plenty of doubt over his future with questions being raised over whether he would remain in north London beyond the end of the European transfer window.

While a possible move didn't emerge, Vertonghen does believe having an earlier deadline than the rest of Europe has only made things all the more difficult for English sides.

He added: “England made that decision, expecting all the other leagues would follow. In the end they didn't. Or not yet.

"That's definitely no benefit for the Premier League. I'm not sure about what can change but it would be good if everyone was on the same page with it."

Aside from his own personal situation, the versatile defender also had his say regarding the action on the pitch.

He said: "If we just killed the first half and go into the dressing room with that good feeling it's a different game. 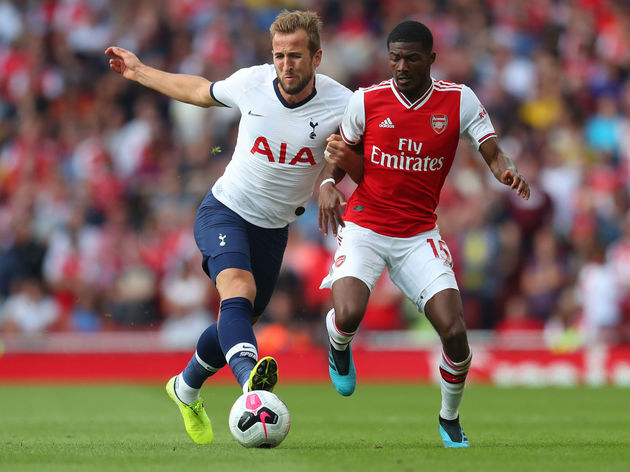 “I think we did well, we defended well, we were good in possession, created loads of chances, were 2-0 up so it was just great in this derby away. So we have to go in the dressing room 2-0 up.