Tottenham Hotspur Contract Review: When Every Player's Current Deal Is Due to Expire

After their humbling 1-0 defeat to Liverpool, it's clear that Spurs need to bring in new players, but keeping hold of some of their current ones might be an even bigger task.

It is expected that Jose Mourinho will be given money to overhaul the current squad over the next few transfer windows, and each player’s contract situation could dictate who stays and who goes. Spurs have five players out contract at the end of the season, but Jan Vertonghen and ​Christian Eriksen will be the two they're most worried about losing.

Michel Vorm was only brought back on a short term deal as cover for the injured Hugo Lloris, while Giovani Lo Celso's loan deal from Real Betis gives ​Tottenham an obligation to buy dependant on European qualification, though the Spanish club reportedly expect him to stay in north London either way.

After a strong full debut against Liverpool, Spurs will need to quickly decide the future of defender Japhet Tanganga.

However, the dwindling deals of both former Ajax men mean that they are allowed to start negotiating pre-contract agreements with overseas clubs. While Eriksen is expected leave either in this window or the summer, the future of Vertonghen remains unclear. ​​Danny Rose has been touted for a move away from north London for the last few summers, and was linked to ​​Manchester United, ​Watford and ​Schalke in that time. He's insisted previously that he intends to run his deal down.

Mourinho will probably want to keep ​Eric Dier though, as the England international fits his playing style well and was a transfer target of his during his time at United. Lloris still has two and a half years to run on his big money contract that he signed back in 2016. If he sees it out, he will be eligible for a testimonial having served the club for an entire decade. His backup, Paulo Gazzaniga, sees his deal expire in 2022, while fellow Argentine's Erik Lamela and Juan Foyth are also out of contract that summer. ​Toby Alderweireld's decision to sign a new contract with Spurs back in December means that the 30 year-old is likely to see out the remainder of his career at the Tottenham Hotspur Stadium.

Mourinho will also be glad that key players in Son Heung-min and Moussa Sissoko have been tied down to long term deals. 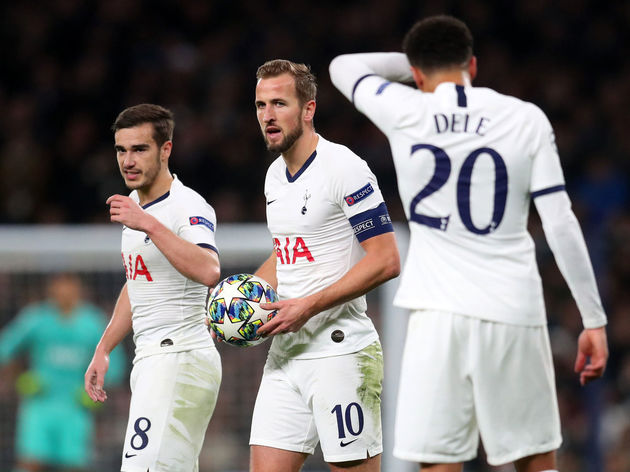 Harry Kane has been tied down to a long term contract that will see him stay at the club four another four and a half years if he sees it out.

His England teammates ​Dele Alli and Harry Winks are on an equally lengthy deals, meaning that Spurs will be able to demand big money if any of Europe's elite come calling. Tottenham's permanent summer signings, Tanguy Ndombele and Ryan Sessegnon, have both been brought into the club on long-term deals. While Jose Mourinho is happy with Sessegnon's contribution so far, his relationship with Ndombele hasn't looked as promising.

The club-record signing has struggled with injury since he arrived in the summer, and Mourinho has publicly criticised the Frenchman's fitness.

After investing such a huge amount of money in Ndombele, it is unlikely that Daniel Levy will want to sell him on so soon, meaning that Mourinho will probably have to change his approach with the former Lyon midfielder.