If Spurs finally complete a deal for Real Betis midfielder Giovani Lo Celso this summer, they could be handing a small boost to a European rival – with Paris Saint-Germain waiting eagerly for a crumb of sell-on fee.

The Argentinian impressed on loan at Betis last season, leaving the Seville club more than happy to pay the bargain €25m purchase clause inserted into his loan deal in April. Onda Cero (via the Star) report that ​the fee necessary to take the 23-year-old to north London could be as high as €70m, with a healthy chunk of it – some 20% – going to his former club in Paris.

PSG are desperate for whatever money they can get to manoeuvre with as things stand, with Financial Fair Play regulations beginning to bite and their €400m double-swoop for Neymar and Kylian Mbappe yet to produce results on Europe's biggest stage.

While PSG would obviously prefer to have simply sold Lo Celso for a higher price themselves, the sell-on (which could be worth around €13m) would bump their overall earnings from his sale up to €38m. 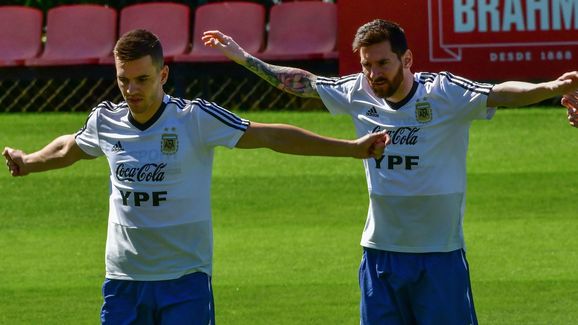 He was also instrumental in Argentina's third-place finish at this summer's Copa America, one of relatively few Argentine players to come out of the tournament with much credit as Lionel Messi once against failed to win a trophy with his national side – going out to eventual winners Brazil in the semi-finals.