​Tottenham right back Kieran Trippier has withdrawn from the England squad with a groin injury sustained in last weekend's win over Crystal Palace.

Trippier limped off to be replaced by Serge Aurier after 24 minutes of the match at Selhurst Park on Saturday, with Mauricio Pochettino saying after the game that he was unsure if the 28-year-old would be fit to report for international duty.

"I hope it is not a big issue, we don't know [if he can play for England]," Pochettino said, quoted by the ​Evening Standard.

FA confirm Kieran Trippier has withdrawn from the #eng squad. He sustained a groin injury in #thfc's win over #cpfc, reported to SGP but will now return to Tottenham to continue his rehabilitation.

"We need to see, the doctors and medical staff will assess him and then the medical staff of England and they will see if he's going to be involved or not."

​BBC Sport confirmed on Tuesday that ​Trippier had indeed withdrawn from the squad. No replacement has yet been named, with many possible deputies at right back including ​Kyle Walker, Joe Gomez and ​Trent Alexander-Arnold.

The injury means that Trippier will be unable to participate in England's final UEFA Nations League match against Croatia on Sunday. Last time Trippier faced Croatia, he scored the opening goal in the World Cup semi final, but ended up on the losing side. 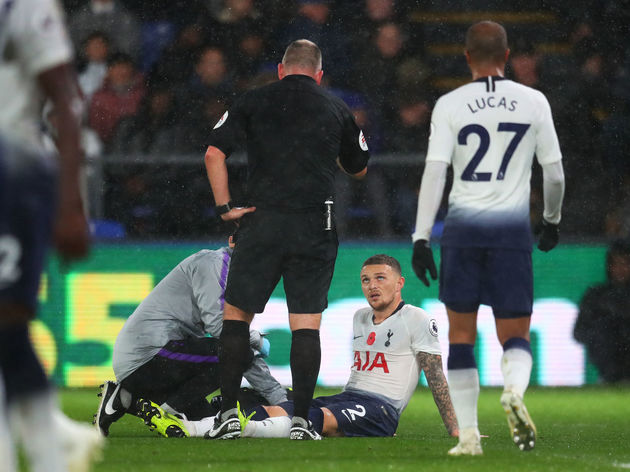 He will also miss the friendly against the United States on Thursday.

Mauricio Pochettino will hope that Trippier's injury is not serious as ​Tottenham have already been struggling with a minor injury crisis lately. Jan Vertonghen, Mousa Dembele and Danny Rose are among the other players currently sidelined.

Trippier is the second England player to withdraw from the squad due to injury. Arsenal striker Danny Welbeck was forced to pull out after breaking his ankle in the Europa League last Thursday.