Morata the Beneficiary as Lloris Flaps at Simple Cross Swipe at Fresh Air Allows Diouf to Equalise for Stoke ​If you're a nerd, you're going to love this - even if you support Spurs.

Not only does Lloris come marauding out of his goal for absolutely no reason, he proceeds to chop down Hirving Lozano with pinpoint precision to earn himself a sensational sending off.

The bad news? Poch's boys would go on to concede following his dismissal as PSV salvaged a 2-2 draw. Another game againstChelsea and another clanger for Lloris - this time during the Lilywhites tenure at Wembley.

Marcos Alonso had already scored a wonderful free-kick in the first half, but approaching the last five minutes, the 'home' side found themselves on level terms. The Blues were not to be denied though, and Alonso was the beneficiary of another Lloris brain fart.

The Spaniard's low drive was struck well enough, but directed straight at Lloris. Somehow he contrived to let the ball squirm under him though, and that was all she wrote. 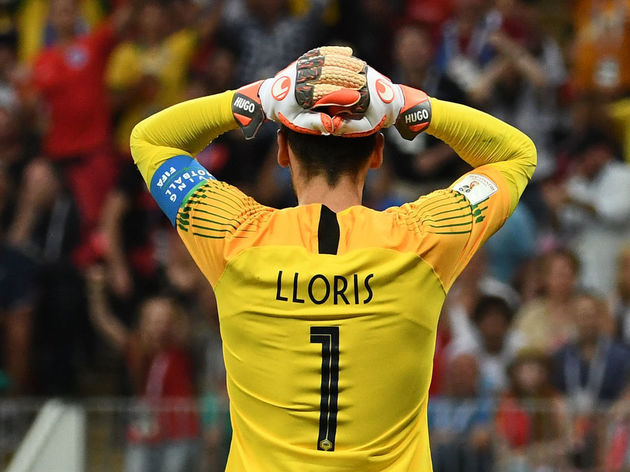 Well, it didn't end up costing France in the end - but boy oh boy, what was Lloris thinking when he attempted to give Mario Mandzukic the slip in a World Cup final?

The Spurs keeper was left red-faced as his attempted turn saw the Croatian striker stick out a leg and guide the ball away into the unguarded net. Lloris' reaction told the whole story, though he would end up having the last laugh by lifting the World Cup a mere half an hour later.

We've already spoken of Lloris' oustanding shot-stopping abilities. But even with his strongest suit, the 32-year-old can have his off days - as evidenced by another unmitigated disaster at Anfield.

Heading into the final seconds with the game at 1-1, Lloris inexplicably failed to stop Mohamed Salah's tame header across goal - conspiring to somehow palm the ball against Toby Alderweireld's ankles before letting it trickle under his arm and over the line.

Kamikaze stuff and another example of points being hurled down the proverbial drain. 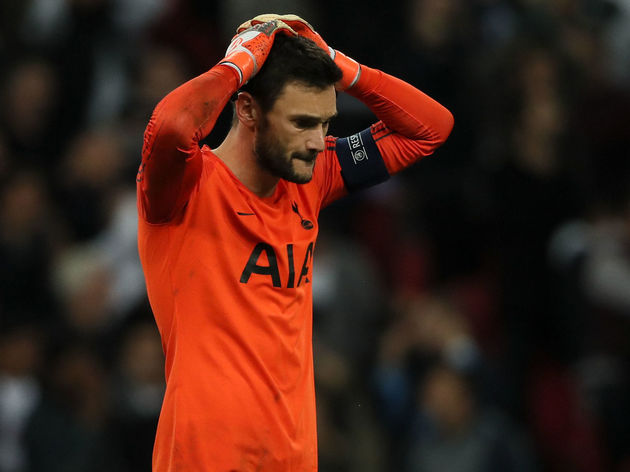 Playing out from the back is fashionable.

Goalkeepers being good with the ball at their feet and performing trendy little turns is fashionable​.

Attempting a Cruyff turn is fashionable.

Lloris attempting a Cruyff turn on his actual goal line is UNBELIEVABLY STUPID.

Still, that didn't stop old Hugo against Southampton and, well, you know what happened next.