10 of the Hardest Players in Tottenham Hotspurs History The Honduran international came to Spurs as a humble midfielder but proved someone not to mess with on the pitch. Not necessarily an aggressive midfielder but a tenacious player who would bite away at the ankles of the opposition.

Palacios proved a shining star under Harry Redknapp, who said: "He loves a tackle, he wins balls. He is a powerhouse. If you were a midfield player, he would not be top of your list to play against because I don't care how good you are, he ain't gonna let you play." 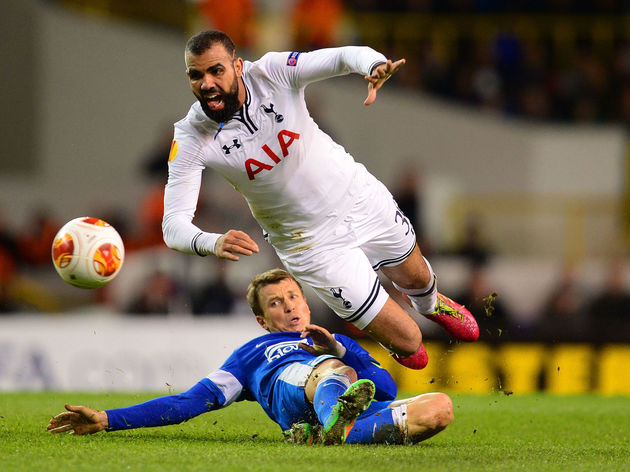 Nicknamed 'The Beast' Sandro was the 'tough guy' of Tottenham's midfield in the Andre Vilas-Boas era. Not a permanent starter under AVB, but the Brazilian international was a warrior both on and off the pitch. A trained martial arts fighter, Sandro never shied away from a tackle. Eric Dier has struggled in recent months with fitness but has undoubtedly proved himself as one of Spurs' most passionate players in recent years. The Englishman who started off as a defender before progressing into midfield under Mauricio Pochettino, and played a huge role in one of Spurs' most historic games.

A 2-2 draw at Chelsea in 2016 was labelled 'The Battle of The Bridge' in which saw 10 Spurs players yellow carded - and Dier should have been sent off. Dier's passion for the club got the better of him on the night, as he lunged into a number of late, reckless challenges. Gary Mabbutt lifted both the FA Cup and UEFA Cup during his 16-year spell at Spurs and proved himself to be a 'tough man' both on and off the field.

Mabbutt once tried to run off a broken leg, returned to action wearing a protective face mask after having both his cheekbone and eye socket fractured but, perhaps most impressively, battled diabetes on a daily basis and still managed to shine on the pitch. Mousa Dembele brought composure and grace to the Spurs midfield but the Belgian also proved a man-mountain in the middle of the park. The Belgian was almost impossible to dispossess due to his strength and also had a few run-ins with other players. Dembele received a six-match ban for 'violent conduct' against Diego Costa in 2016. 'The Pitbull' Edgar Davids brought his short temper over to north London after joining Spurs from Inter in 2005. The Dutchman quickly became a fan favourite for his passionate approach to every game. However, his love for winning the ball back also saw him pick up 10 yellow cards and one red card in his first season at Spurs. Perhaps overlooked as a hard man, Steve Perryman captained Spurs throughout some of their most fruitful periods. Perryman played alongside some of the toughest players to ever wear the Lilywhite strip but should be commended for his tenacity in the middle of the park - earning him a club record 854 appearances. Neil 'Razor' Ruddock was a central defender who always caused the club headaches due to his poor disciplinary record. Ruddock was voted the 17th hardest footballer of all time after earning the nickname 'razor' for his no-nonsense style of play. He even once fractured Peter Beardsley's jaw in a testimonial game and broke both of Andy Cole's legs in a reserve game. A true battler on the pitch, Dave Mackay will forever remain in the hearts of the Tottenham fans who were lucky enough to watch him play.

A player which brought an unrivalled never-say-die attitude to the team in Spurs' most successful run in their history. The Scottish international who became well known for his bone-crunching tackles won the league and cup double in 1961 and lifted the UEFA Cup Winners' Cup in his nine-year stint at the Lilywhites. 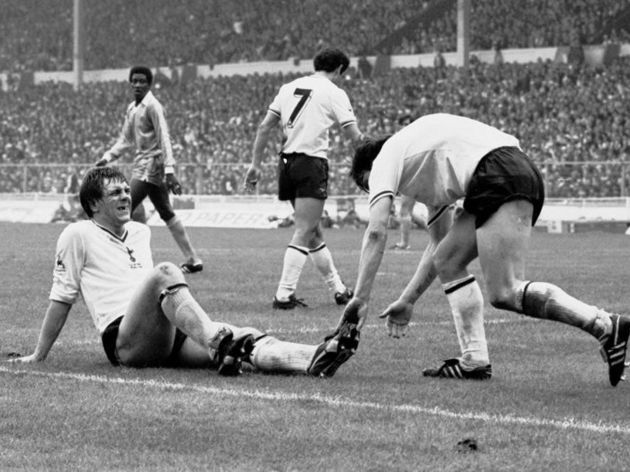 Blood, sweat and tears were literally shed on the pitch when Graham Roberts played. He won two FA Cups and a UEFA Cup during his time at Spurs, and in one FA Cup final against Manchester City Roberts lose two teeth after being kicked in the face by one of his own players.

A photo of the defender with blood pouring from his head and onto his shirt is one of Tottenham's most famous photographs and symbolises the effort Roberts put into every game. A warrior and leader in defence during one of Tottenham's best cup winning runs, Graham Roberts will always remain a legend at Spurs.