6 Tottenham Youngsters Who Could Break Through in 2020

Tottenham head coach José Mourinho has barely had time to breathe let alone assess his squad since his appointment back in November thanks to the hectic festive schedule.

Spurs currently sit six points from Chelsea in fourth and will need to string results together if they are to qualify for next season's Champions League. With this in mind, Mourinho will no doubt add new recruits in January but closer to home, which of Spurs' youngsters ​are threatening to make an impact in the second half of the season.

Here, 90min reveals a list of six hot prospects expected to make a mark for Mourinho's men in 2020. 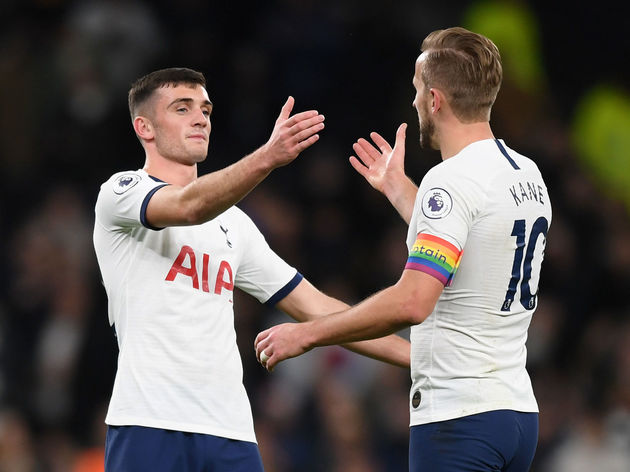 Parrott may see his involvement in the Spurs team fast-tracked after skipper and star striker Harry Kane tore his hamstring in the 1-0 defeat to Southampton.

And although he is too young and inexperienced for Mourinho to consider him a direct replacement for Kane, it would not be surprising if appearances from the bench were to increase.

The youngster made his Tottenham bow in the Carabao Cup third round defeat to Colchester United earlier in the season. Skipp could see his game time in a Spurs shirt increase ten-fold should the Danish playmaker leave North London during the transfer window. The 20-year-old defender has impressed for the Under-23s this season and was handed his senior debut in the Carabao Cup clash against Colchester.

Centre-back Toby Alderwerield recently signed a new long-term deal with the club, but questions remain as to who should partner the Belgian in defence.

Jan Vertonghen is yet to commit his future to Spurs as he enters the final six months of his current contract, with Napoli rumoured to be interesting in snapping him up, according to Sky Sports.

Should Vertonghen depart, it would open up a space in Spurs backline, and Tanganga may eye an opportunity to push his way into the first-team picture. 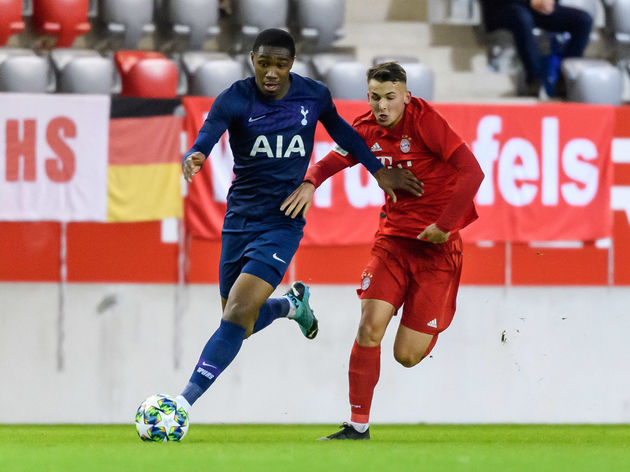 Another of Tottenham's young guns poised to take advantage of Spurs' defensive uncertainties and Fagan-Walcott will no doubt be casting a keen eye over the Vertonghen saga.

The 17-year-old has been fast-tracked into the Under-23 side after impressing for Spurs' youth sides and were his progression to continue at such a rate, he would be a first-teamer in no time.

Fagan-Walcott is a right-footed centre half who is quick across the ground and his pace could make him a candidate for slotting into Spurs' back three.

The teenager has also represented England at various age groups and has a promising future ahead of him. The 17-year-old left-back was part of the Tottenham squad who travelled to face Middlesbrough in the FA Cup third round on Sunday.

Cirkin was essentially the 19th man, on call in case anybody picked up a knock in the warm-up, but Mourinho's decision to include him can only bode well for the teenager.

And it wasn't the defender's only involvement with the squad this season, Cirkin also featured in a training session with the first team on Boxing Day, following Spurs' 2-1 win over ​Brighton.

Clearly he is in the manager's thoughts, and with left-back Danny Roses's future hanging in the balance, Cirkin may be on the cusp of making his senior Spurs bow. £10m and then Spurs immediately loaned him back to the Yorkshire club to gain experience.

However, the 19-year-old found games to come by under Marcelo Bielsa, playing only three times for the ​Championship leaders and Tottenham have now recalled him.

It is likely that Clarke will be loaned out to another side in January but should he impress in the second half of the season, then he will surely get his chance for Spurs in the next campaign.

The club evidently saw potential in the winger to splash money on him and 2020 could be a breakthrough year for Clarke if he manages to find regular first-team football.