​Mauricio Pochettino takes his Tottenham Hotspur team to Amsterdam on Wednesday night for the second leg of their Champions League semi-final with Ajax.

Following 1-0 defeat in the first leg, Spurs will need to produce a spectacular performance at the Johan Cruijff ArenA in order to progress to the final round of the competition.

Pochettino has received the welcome boost that Son Heung-min is now available for selection after he was suspended for the first leg of this tie.

The Spurs boss started last week's game with a three-man defence, before being forced into a rejig following Jan Vertonghen's nasty-looking head injury. It was after this switch in formation that Tottenham began to control the game, though they failed to make it count with an equaliser.

Although the Belgian defender is expected to be fit to face Ajax in the second leg, we may see Pochettino alter his starting eleven as he looks to cause an upset in Amsterdam.

Here's a look at how ​Spurs could line up: ​Hugo Lloris (GK): The French stopper made a couple of crucial saves early on in the first leg and is a big reason why this tie is still alive for Spurs. He will need to be on top form to keep out an Ajax side who have scored ten goals in their previous two home games.

Kieran Trippier (RB): Despite not having the best of seasons, the England international performed well in the first leg. ​Trippier's threat from dead balls could be key for his side in a game where chances may be few and far between.

Jan Vertonghen (CB): After sitting out the defeat to Bournemouth at the weekend, the Belgian is expected to be recalled to face Ajax. His head injury in the first leg looked worrying, though he is thought to be doing well now.

Toby Alderweireld (CB): Often regarded as one the best centre-backs in Europe, Alderweireld will need to prove himself on Wednesday night. A clean sheet would go some way to helping Spurs progress to the final.

Danny Rose (LB): The left-back hugely benefitted from the change of formation in the first half against Ajax last week. The Dutch side struggled with Rose's dribbles from deep, which led to their right-back picking up a yellow card. The Englishman could play a huge role on Wednesday. ​Victor Wanyama (CDM): Benefitting from the injuries to other midfielders, Wanyama can expect to keep his place on Wednesday. He will provide some defensive protection whilst his team mates go in search of goals.

Moussa Sissoko (CM): The Frenchman has been brilliant for Spurs since adopting his central midfield role. He will be looking to control the midfield at the Johan Cruijff ArenA and get the ball to his more creative midfield team mates.

Christian Eriksen (CM): The Dane will be returning to his boyhood club on Wednesday and will be desperate to put on a performance. His delivery from set-pieces could be a game changer for the away team.

Dele Alli (CAM): ​Alli's ability to adapt his style to suit the pattern of a game is what makes him so useful for Spurs. His creativity will be an asset one again and it could be enough to earn his side a spot in the final. 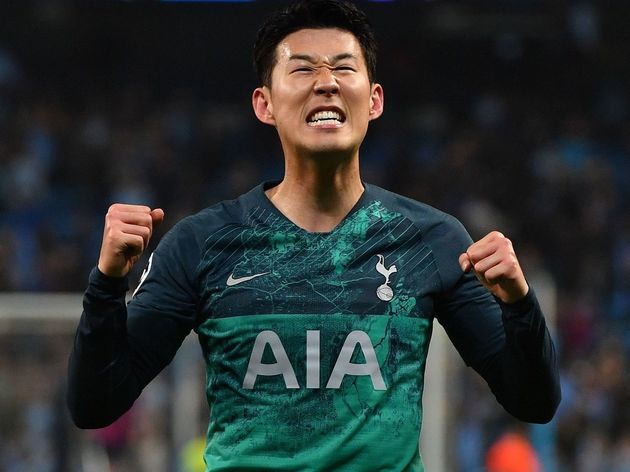 ​Son Heung-min (ST): After picking up a yellow card in the quarter-final, ​Son missed the first leg of the semis through suspension. His return to the team is just the boost Spurs needed, and he is likely to play a huge part in any key attacking moments for the away side.

Lucas Moura (ST): The Brazilian struggled to find the same wavelength as Fernando Llorente in the first leg and will be delighted to have Son back alongside him. Lucas will hope to provide some magic in the second leg to send Spurs through to the final.