​Benfica midfielder Gedson Fernandes has completed his medical ahead of an 18-month loan move to Tottenham Hotspur, which includes an option-to-buy at the end of his stay in north London.

Spurs will pay a fee of between €50m and €60m in the summer of 2021, should they choose to make his signing permanent. The Portuguese was also subject to interest from Chelsea and West Ham United, but the Lilywhites have acted quickly to secure his services for the foreseeable future. 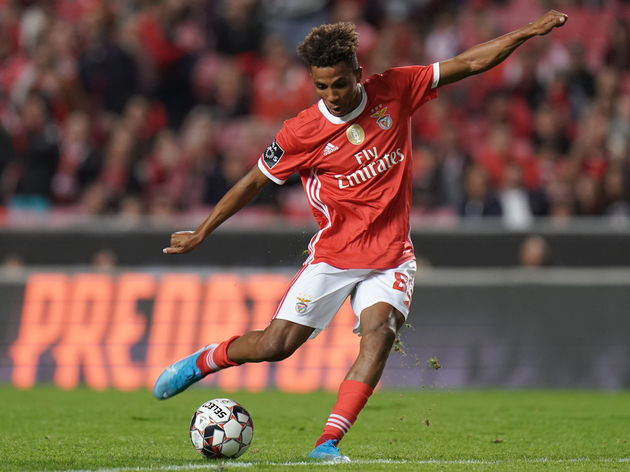 Despite his strong reputation on the continent, Fernandes has tumbled down the pecking order for Benfica during the the 2019/20 campaign, coach Bruno Lage frequently reducing him to a role amongst the substitutes.

​Sky Sports claim the 21-year-old is now one step closer to leaving Estadio da Luz, having passed medical examinations on Monday, with ​Spurs expected to announce his capture in 'the next 24 hours'.

It's thought Jose Mourinho's men will have no trouble sorting out personal terms with Fernandes, who is ​allegedly keen to put the finishing touches on his proposed transfer to north London.

The youngster is capable of playing both in central midfield and as a winger, though his versatility has failed to win favour from Lage, the Eagles boss starting him just once during this year's ​Champions League group stages. Last term, Fernandes played in 46 matches for Benfica, but his game-time has been cut this season, the academy graduate featuring in just 13 games so far.

Nevertheless, he has earned honours at international, the starlet making 67 appearances for Portugal at youth level, before collecting two senior caps following a breakthrough campaign for his club.

Fernades' namesake Bruno is another player drawing the attention of the Spurs hierarchy, with Tottenham ​reportedly considering whether to hijack ​Manchester United's approach for the Sporting CP playmaker, though the Red Devils are close to wrapping up that deal.