The Lilywhites have shown defensive vulnerabilities this season, even though they managed to cling onto Toby Aldereweireld, who had long been linked with Manchester United. 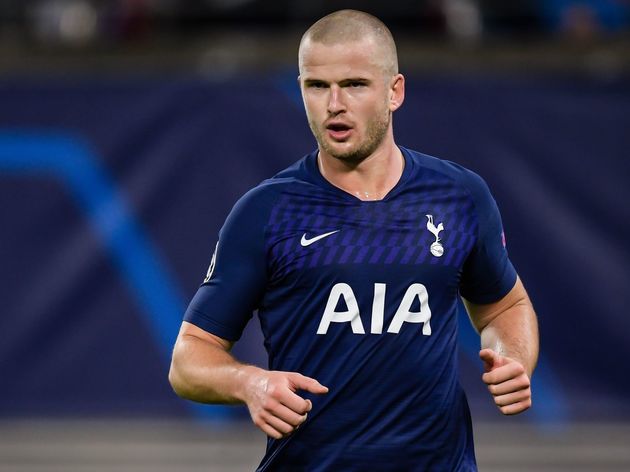 The Belgian hasn't been at his best this season, and Davinson Sanchez and Jan Vertonghen - who has been tipped to leave the club for free this summer - have also failed to turn in the kind of performances that Mourinho would have been hoping for.

The Portuguese boss has seen fit to introduce Japhet Tanganga into the first team picture over the past couple of months, but it now seems that he has longer term fix in the works.

Football Insider report that Mourinho is considering switching Dier - who has operated mainly as a defensive midfielder for Spurs, but has also played right-back - into a central defender, when Premier League action finally resumes.

The 26-year-old is said to be in agreement with his manager that a change in position is best for his career, and it could allow Dier to get more regular minutes under his belt.

Competition for places from Harry Winks, Moussa Sissoko and £63m summer signing Tanguy Ndombele have seen Dier dip in and out of the team this season, while Giovani Lo Celso - a man very much in-form - and January addition Gedson Fernandes are other midfield options for Mourinho.

Dier's career has stuttered somewhat over the past couple of years, following an impressive showing at the 2018 World Cup. He netted the winning penalty for England against Colombia in the last 16, but high points have been few and far between since then.

He hit a new low this season when he was hauled before the half hour mark against Olympiacos in the Champions League - despite Mourinho's insistence after the game that a switch was made purely for tactical reasons. If the new positional change goes ahead, it's likely that Mourinho will continue playing a system of three centre halves, which he did in Spurs' last two fixtures before the enforced break against Wolves and Burnley.

Dier started those two games and will likely to add to his meagre 10 Premier League starts this season. The move may impress England boss Gareth Southgate who, as it stands, is unlikely to deploy him in the holding role at next summer's European Championship - that berth could instead be occupied by Winks, or talented West Ham youngster Declan Rice.