Serie A giants Juventus are interested in a potential swoop for Tottenham star Christian Eriksen in the January transfer window, according to reports in Italy.

The Denmark international is under contract at Spurs until the summer of 2020, but it is believed the Italian side are more than keen on completing a deal for the playmaker before then. Italian publication ​Tuttosport claim that ​Juventus are in the market for a player to boost their midfield options and have earmarked a list of targets that includes Eriksen, as well as Arsenal's ​Aaron Ramsey and Manchester United's ​Paul Pogba.

It has been reported that ​Juventus manager Massimiliano Allegri is looking at players who would be able to add a more creative spark to his current midfield and complement the likes of Miralem Pjanic and Rodrigo Bentancur. 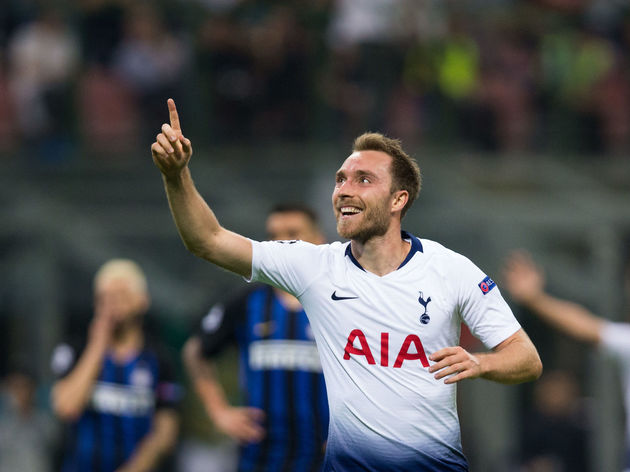 ​Eriksen arrived at Spurs in a £12.5m deal from Ajax in 2013, and has gone on to feature 239 times in all competitions. During his time in north London, the Dane has found the net 57 times, whilst also recording 73 assists.

Having returned from an abdominal injury in mid-October, Eriksen has completed the full 90 minutes in just two Champions League games and has been slowly eased into action by manager Mauricio Pochettino in recent matches.

After the end of the international break, Eriksen and his ​Spurs side will return to ​Premier League action when they face a still unbeaten Chelsea side at Wembley Stadium on Saturday.