There are now five Tottenham players set to miss out on midweek action the Premier League. The worry for Spurs is that those missing out will be leaving big gaps in a side that is already lacking defensive cover and options in midfield.

​Spurs'​ Twitter account revealed ​Dembélé is still nursing an ankle injury and will be unavailable for selection over the next few weeks while he continues his rehabilitation.

Lamela is still recovering from a thigh injury sustained in a 1-0 win against Inter in the Champions League. The Argentine as been in fine form for ​Spurs this season, scoring six goals so far, so his possible absence will be a concern for

Fresh from tasting defeat to Arsenal in the north London derby, Jan Vertonghen's dismissal after a foul on Alexandre Lacazette means that he is unavailable for Wednesday as he serves a one-game suspension. 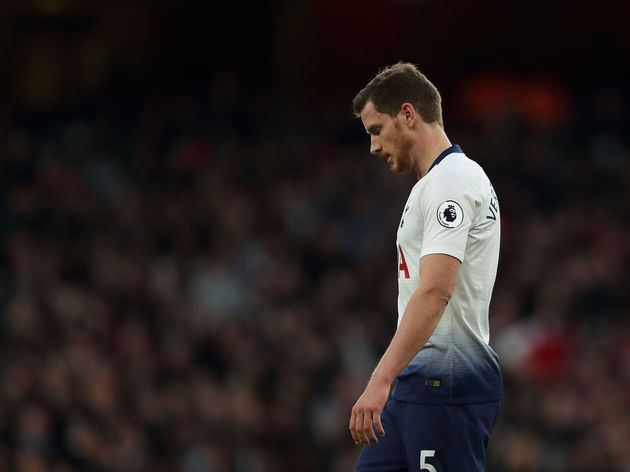 ​Tottenham only have Juan Foyth and ​Toby Alderweireld​Sanchez

Victor Wanyama is the fifth player out for Tottenham who is currently ruled out with a knee injury, and the bad news is that Pochettino is unsure of when he'll have him back in the squad.

Having not made an appearance for Spurs since a 1-0 win to ​Crystal Palace on November 10, being without the Kenyan as the fixtures come thick and fast could be an issue for the north Londoners. The good news though is that Trippier has returned to training and is available for selection when Spurs host ​Southampton on Wednesday night.

Having been out since that same  Palace game, Trippier's return to the starting lineup at right back will be a welcome sight for Pochettino.