Leicester City vs Tottenham: 6 Key Facts & Stats to Impress Your Mates Ahead of Premier League Clash

​Tottenham Hotspur make the journey to the King Power Stadium on Saturday where they'll face off against a Leicester City side who are looking to break into the top six this season.

Both sides sit level on eight points in the Premier League table ahead of kick-off, although Brendan Rodgers' side are two places lower - also behind Manchester United - on goal difference.

Although Leicester City are widely being tipped as a potential bogey team for the Premier League's usual top six sides, Opta stats show that Tottenham might just have the edge as striker Harry Kane has scored more goals against the Foxes (13) than any other side. 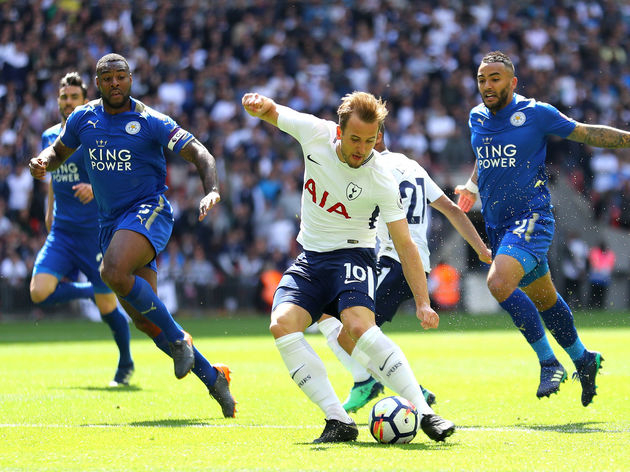 It's not just his form against Leicester City which makes Kane so dangerous, however, as the England international has scored 125 goals in 172 appearances under manager Mauricio Pochettino.

That makes Kane and Pochettino the third best manager-striker combination in Premier League history, behind only Thierry Henry under Arsène Wenger (175 goals) and Wayne Rooney under Sir Alex Ferguson (141 goals).

But it's not all doom and gloom for Leicester City as they've got a striker of their own who always seems to step it up a notch against the big six.

Since the 2014/15 season, Jamie Vardy has scored more goals against the big six (31) than any other player in the Premier League.

Although Vardy might be Leicester City's biggest threat in attack, midfielder James Maddison has more shots without scoring in the Premier League this season (16) than any other player.

The 22-year-old has failed to score from his last 28 efforts, last finding the back of the net during Leicester's 4-1 win over Huddersfield Town in April.