​their 2-1 defeat on the south coast

Pochettino was in the stands at St Mary's, serving the first of a two-game touchline ban, and saw Spurs take a deserved first-half lead through Harry Kane's 200th career goal, but goals in the second half from Yan Valery and James Ward-Prowse condemned the visitors to a fourth league game without a win. 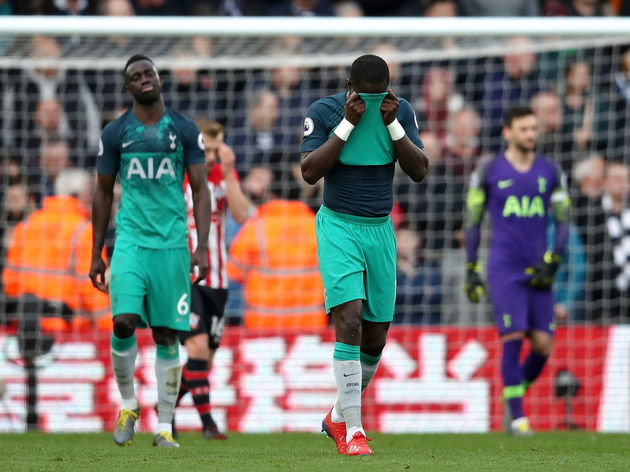 Speaking after the game, the Argentine found it difficult to put his finger on the reason for the drop in performance levels after the break following a dominant first half.

"Hard to believe? No. The challenge that we are trying to develop, I think it is our challenge to have the momentum in the game. It's difficult to understand the second. We really stopped the fight, stopped being aggressive, we started to give the belief to the opponent, and that is the worst.

3 - Spurs have lost three consecutive away games in the Premier League for just the second time under Mauricio Pochettino - previously doing so in November 2017. Skid. pic.twitter.com/4JTLiMLfa0

The result comes after ​Spurs' impressive midweek win over Borussia Dortmund to reach the quarter-finals of the Champions League, although Pochettino claimed the 'arrogance' he saw from his side against the Saints had him 'worried'.

Just another brilliant comeback in the Premier League today. pic.twitter.com/PCeHT2gJ3k

"I am a little bit worried about this change from the first half to the second half - it's only one thing, it's mental. It's about complacency, it's about arrogance in a bad way."

The result means ​Manchester United can go level on points with Tottenham in third in the ​Premier League should they beat Arsenal, as the race to finish in the top four hots up, with Pochettino hoping the defeat will act as a reality check for both his side and onlookers. 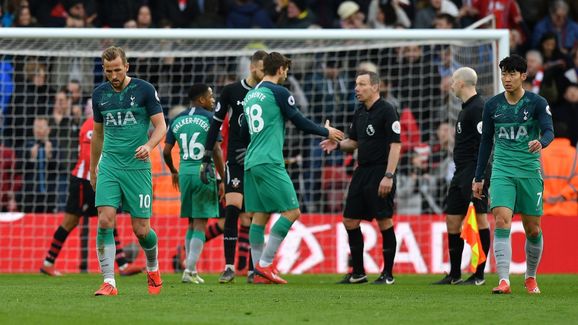