​Tottenham Hotspur manager Mauricio Pochettino has admitted his frustration after the club failed to include the likes of Juan Foyth in their Champions League squad during the summer.

Foyth has featured heavily for Tottenham in recent weeks as injuries have sidelined several key players in the squad, such as Davinson Sanchez and Jan Vertonghen. However, Tottenham were unable to register Foyth, Vincent Janssen and Georges-Kevin N'koudou in their Champions League squad as they did not have enough home-grown players. The three players will be unavailable for ​Tottenham's crucial clash with ​Inter on Wednesday and Pochettino, when asked about Foyth's upcoming absence, admitted he was frustrated by the situation. He is quoted by ​The Daily Mail as saying: "

"It’s a mistake we made which at this level of football we cannot repeat again. We need to find solutions before the start of the season. I was disappointed from the beginning.

"I told you we needed English players, but it was impossible and now it’s so painful to have a player out of the list.

"We hope that in March we can include him on the new list for the Champions League. Not only him, also N’Koudou and ​Janssen out of the squad.

‘In that moment, you cannot guess what’s going to happen. But that was a position where we have ​Davinson Sanchez injured and Jan Vertonghen was injured. That was why we used Juan and I am happy with him and with his evolution. He has showed great quality. But I am so disappointed he cannot come with us in the Champions League. 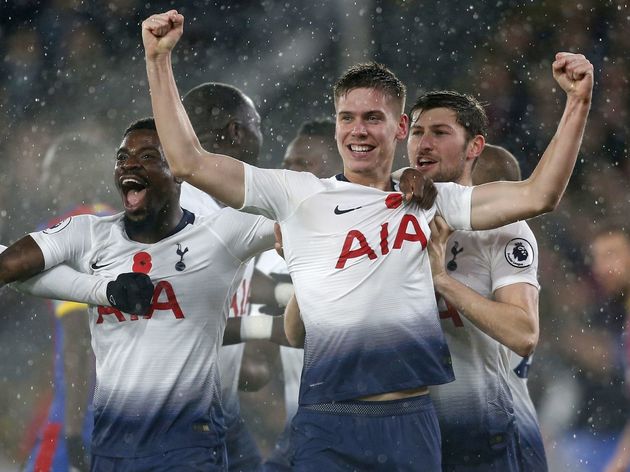 "It’s in club hands. It’s not in my hands only. We share the responsibility. If not, it looks like the bad things are the gaffer’s and the good things we all share."

Tottenham will be eliminated from the Champions League if they fail to beat Inter on Wednesday. Vertonghen returned to the bench during the 3-1 victory over ​Chelsea, meaning he is likely to start alongside ​Toby Alderweireld in the upcoming clash with Inter.