​Tottenham are lining up a £35m summer move for Benfica star Gedson Fernandes as Mauricio Pochettino eyes potential reinforcements for his squad.

The north Londoners have enjoyed a remarkable run to the Champions League final this term, though injuries and a lack of squad depth saw Spurs fall well short of leading duo Manchester City and Liverpool in the Premier League.

Injuries to the likes of Harry Winks have left ​Tottenham particularly short of numbers in midfield this term, and the ​Mirror reports that Pochettino has been 'monitoring' Benfica star Gedson Fernandes, who is rated at £35m by the Portuguese giants.

Spurs are apparently not alone in holding an interest in the midfielder, as domestic rivals ​Manchester United and ​Liverpool are also said to be in the mix for Fernandes' signature, but Pochettino's side appear to be in pole position.

It is said that Pochettino has been 'studying a move' for the 20-year-old, who has made 21 league appearances for Benfica this term. 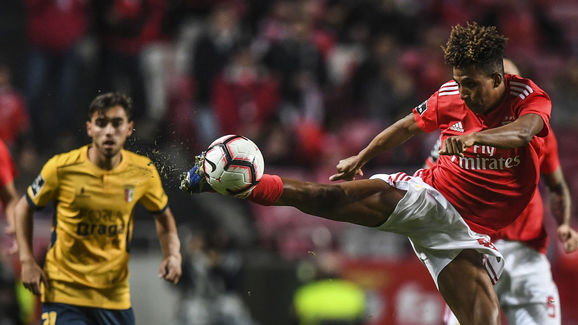 Fernandes has also made six Champions League run-outs this term and featured as many times in the Europa League for the Portuguese outfit, further establishing his reputation around Europe.

The midfielder is part of an impressive crop of young players lighting up Portuguese football for the Lisbon-based side, with attacking sensation Joao Felix and Ruben Dias among the other Benfica stars attracting widespread attention across the continent.

It is Fernandes who has attracted Spurs' attention, though, and it is said that the player's representatives were even in England last week to meet with interested clubs.

Pochettino has apparently sought assurances from Tottenham that he will be given money to spend in the summer to continue his team's progression, with a potentially busy summer ahead for the club.

As well as potential incomings, Christian Eriksen is among the star names that have been linked with a potential move away from north London at the end of the season, and the Spurs squad could be in line for a significant revamp ahead of next season.