Tottenham manager Mauricio Pochettino is confident that the uncertainty surrounding Christian Eriksen​'s contract situation will not distract his players from the task of competing for the Premier League title.

Eriksen's current deal expires in 2020 and attempts to extend his stay further have stalled, leading to speculation that the Danish midfielder could leave at the end of the season.

Pochettino cryptically admitted that ​Eriksen's contract situation could prove problematic, but insisted that ​Tottenham would focus on their present situation rather than worrying about the future. 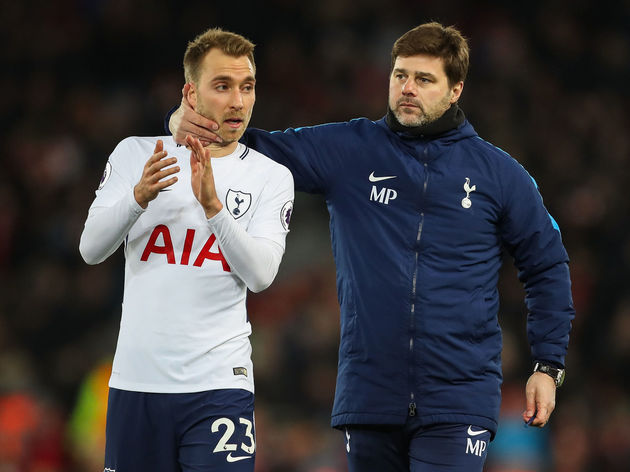 "Football is so dynamic. It changes every day, every season. ​Sky Sports News

"Of course, it is a person that the club wants for the future, but now we need to be focused - a player like him is focused and tries to deliver a great performance in the way that we need.

"A decision is going to happen at the end of the season or [maybe] a decision will happen in the next few days, in January.

Eriksen has scored in Tottenham's last two games to help his side move within two points of second-placed ​Manchester City, just six behind league leaders ​Liverpool.

With the top two facing each other on 3rd January, Tottenham could put themselves right in the mix if they take maximum points from a favourable looking festive schedule, starting against ​Bournemouth on Boxing Day.