Paris Saint-Germain will consider selling their contract rebel Adrien Rabiot to either Tottenham or Juventus during the January transfer window, according to reports in France.

The 23-year-old will become a free agent at the end of the season if he fails to put pen to paper on a new deal at the Parc des Princes, something which club president Nasser Al-Khelaïfi is still hopeful could happen. 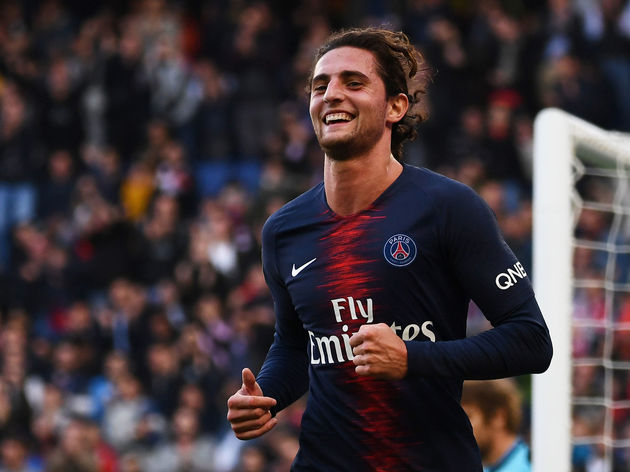 As a result, PSG director Antero Henrique is planning a 'project' which involve either Tottenham or Juventus, according to Le Parisien, two clubs which the French giants consider to be their 'friends'.

This reported project loosely entails keeping relationships strong between the clubs by offering Rabiot to them in a cut-price deal. This would also allow PSG to recoup some money on the midfielder, who otherwise will leave for free in the summer.

They are also conscious that both Spurs and Juve would be at the back of the cue of clubs that Rabiot could join should he become a free agent, as both teams aren't famed for their willingness to meet high wage demands - Cristiano Ronaldo aside, of course.

Premier League side Tottenham have had a lot of dealings with PSG recently, signing both Serge Aurier and Lucas Moura from the Parc des Princes.

Serie A champions Juventus, meanwhile, brought midfielder Blaise Matuidi to Turin in 2017, Kingsley Coman made the same move three years earlier, and there have likely been talks between the two clubs over the future of Italy international Marco Verratti. La Liga outfit Barcelona are currently in pole position for Rabiot signature, and local reports even claimed that an agreement had already been reached over the move, but Le Parisien added that the midfielder's camp rejected those claims.