Having endured a generally tough time in north London since joining Spurs from Newcastle United in 2016, Sissoko has finally established himself in Mauricio Pochettino’s starting eleven this season.

Sissoko has started each of ​Tottenham’s last five outings in the Premier League, a strong testament to the turnaround in the 29-year-old’s Spurs career. Speaking on Gillette Soccer Saturday on Sky Sports Premier League, Le Tissier said of Sissoko: “I think he is in the side because of his energy.

“His energy levels are incredible, but I still believe that he has to improve his final ball.

“When he gets into positions where he can set somebody up for a goal or he can score himself, he has got to show just a little bit more composure in those situations, and then you have got a proper player on your hands.”

Sissoko has made 0.7 tackles per game on average this season in six starts and one substitute appearance for Spurs, having also provided one assist and claiming a pass accuracy record of 86 percent.

The Frenchman has been one of the surprise standout stars under Mauricio Pochettino’s side, with Sissoko’s energy and drive in midfield adding a certain freshness to a Spurs side which was not strengthened during the summer transfer window.

Alongside Brazilian forward Lucas Moura, Sissoko is one of the previously peripheral figures to have stepped up for Spurs this term to add new dimensions to Pochettino’s team. 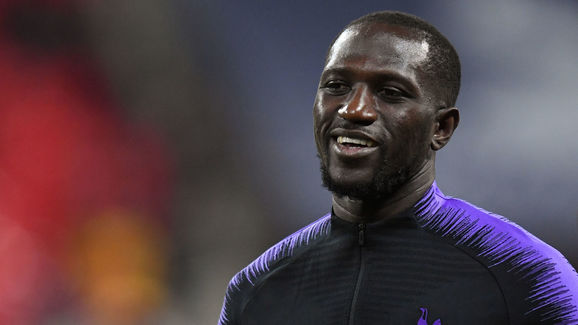 Sissoko has been named in the starting eleven once more for Tottenham’s huge London derby clash with ​Chelsea in the Premier League on Saturday.