​Tottenham have confirmed Harry Kane has suffered a hamstring injury sustained during the New Year's Day clash at Southampton, although the time he will spend on the sidelines is not yet known.

The England forward was forced off during the 1-0 defeat at St Mary's,

Our medical staff will continue to review the injury with treatment ongoing."

Kane himself responded to the news with a post on ​Twitter, insisting he will keep his 'head up' during his upcoming spell on the sidelines.

Following on from the loss on the south coast, manager Jose Mourinho revealed he feared for the England captain, claiming any hamstring issue is 'negative'.

Kane's injury could see 17-year-old Irish striker Troy Parrott given chances in the Premier League, though he has only made one top flight appearance to date, that coming in the 5-0 drubbing of Burnley back in December.

Son Heung-min and Lucas Moura are more likely to be given the striker role over the next month or so, with the forward pair having played in the position during Kane's last injury absence at the tail end of last season. 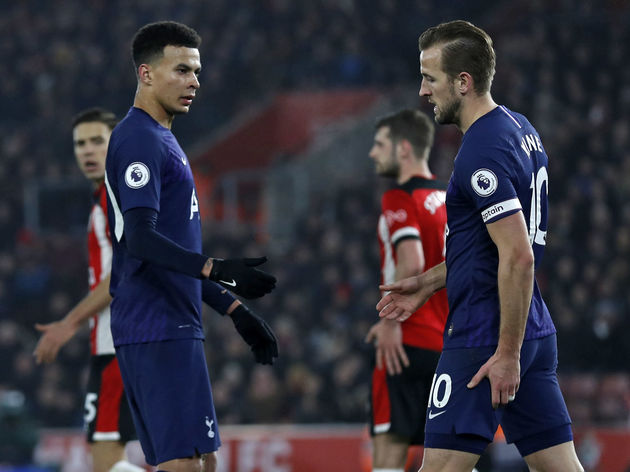 While no time frame has been placed on his return, ​reports have emerged suggesting the 26-year-old fears a 'lengthy' layoff, with fixtures against