Tottenham Fans Must Be Patient With Top Talent Gedson Fernandes

​Gedson Fernandes was handed his first start for Tottenham Hotspur on Saturday as he began his side's FA Cup clash with Southampton.

Spurs took the lead through Son Heung-min in the second half and appeared on course to reach the fifth round of the FA Cup. However, Sofiane Boufal struck late for the Saints to earn them a replay.

FULL-TIME: A late equaliser for the hosts means the tie will need to be decided by a replay at Tottenham Hotspur Stadium.

Fernandes was given his first chance to make an impact from the start for the trip to St Mary's. The youngster fell out of favour at Benfica, with manager Bruno Lage opting to often keep him out of his starting lineups. However, after he had ​officially completed his loan move to the north London side, he was given his debut just three days later as he came on to play the final ten minutes of Spurs' clash with Watford.

Similarly, he came on in the final stages of the team's slender win over Norwich, but was handed his first start on Saturday.

As a result of Spurs' poor performances this season, combined with Moussa Sissoko's serious injury, fans and indeed the manager were certainly keen on bringing in midfield reinforcements. And considering the fact that the Lilywhites managed to fend off a lot of competition to sign the highly-rated Fernandes on loan, fans will have been expecting big things from the Portuguese. 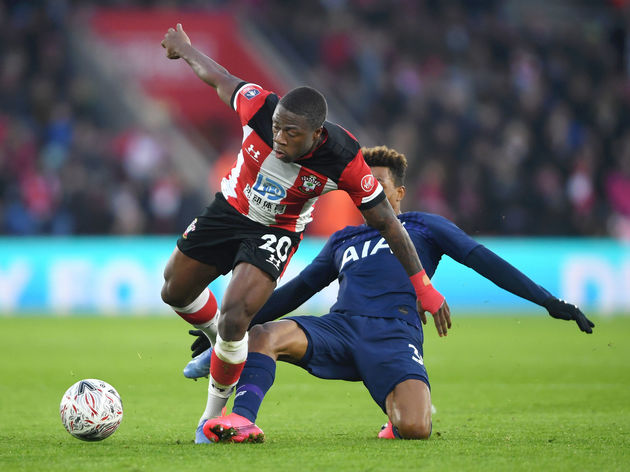 On his first start, he looked promising in parts, nipping in on a number of occasions to steal the ball away from his opponents before looking up and bringing his teammates into the game. It perhaps may not have been a display one would go on to YouTube for in order to see a stunning long-range strike or an outstanding assist, but he did a lot of the 'dirty work' that often goes unnoticed.

Moreover, his work provided an excellent platform for Dele Alli and Giovani Lo Celso (​notably the latter) to shine. Both individuals were allowed to get further forward and influence the game in the attacking third as Fernandes and Harry Winks were providing cover. As a result, Mourinho's men found themselves in time and time again.

Was it a perfect display from the 21-year-old? No, far from it actually. During his 56 minutes on the pitch, he was occasionally caught out of position and was caught napping in certain moments.

However, he needs time to settle, time to adjust and, perhaps most importantly, time to showcase his talents. This is a young player that started just two of Benfica's opening 16 league games. Patience is key.

As previously mentioned, it wasn't a breathtaking display, but it certainly provided a glimpse as to what ​Spurs fans can expect from him.

He's a talented player with a very bright future, but it is important that the north London side - and the fans - remain patient as he will only improve.