​Tottenham left back Ben Davies has insisted that teammate Moussa Sissoko deserves great credit for overcoming the critics and making a strong start to the season.

The Frenchman had often been a figure of derision after struggling to make the grade in north London since completing a big-money move from Newcastle United in 2016.

Tottenham manager Mauricio Pochettino has been pictured watching Barcelona’s B team play against Cornella on Saturday.

However, Sissoko has turned his form around this season under Mauricio Pochettino, and his Spurs teammate ​Davies has been keen to praise the powerful midfielder. The Welsh defender told ​Tottenham’s ​official website: “Honestly, he’s been brilliant for us.

“It’s the work he does off the ball that goes unrecognised but for us, as a team, it’s invaluable.

“To have a player like Moussa is to have a player who when you are under pressure, you know he’s going to get on the end of things, work and chase everything.

Premier League away points over the last nine months:

“He’s one of the hardest workers in the team and he deserves all the plaudits he’s getting. He’s back in the France squad and that is one of the best squads in the world. We’re all delighted for him.”

Following a summer in which Tottenham became the first side in Premier League history to fail to make a signing during a summer transfer window, it was widely speculated on as to where Spurs would find the resources to improve this season. 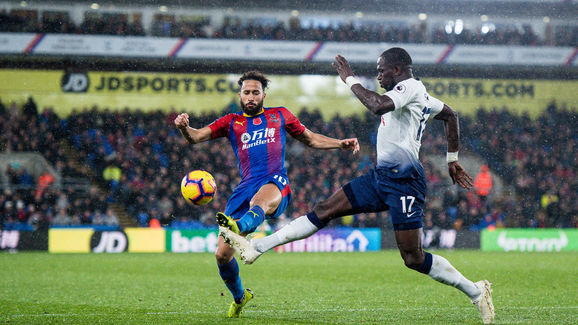 Sissoko’s upturn in form and consistency has been a key contribution to a side which has seen little investment of late.

Having been a largely peripheral figure under Mauricio Pochettino previously, the 29-year-old has gone on to feature far more regularly this term. The Frenchman has started each of their last five Premier League outings, reflecting what has been a remarkable rise from the periphery for Sissoko this season.