Come on, guys, the whole striker situation in January wasn't bad - Levy would have been damned if he brought in an average forward (spoiler: no good ones were available), and is now being damned for not bringing one in at all. Instead, please all focus your energies on the massive failure that was the summer transfer window of 2018.

The mood around the club was rather gloomy and brooding throughout January, and so it would have been hard to get fireworks going in N17 again regardless of who came through the door. The winter market is a tricky one to find value in, and for a club that almost prides itself in trying to maximise every deal they do or don't make, that makes it an even tougher task to buy and sell the right pieces for the rest of the season.

With that in mind, let's break down each of Spurs' moves that did happen last month. While those in some corners were licking their lips at the prospect of ​Spurs signing a Football Manager wonderkid, there are some alarms bells ringing (as there should be with most January deals).

Benfica are in imperious form domestically, dropping points just once so far this season and are among the favourites to win what looks like a pretty open Europa League. Why would a club so famed for their treatment and development of young players happily let one leave on loan with only an option to buy after 18 months?

Fernandes is said to have fallen out with the coaching staff and hierarchy at the Estadio da Luz, which is sure to go down well with one The permanent signing of Giovani Lo Celso was the news Spurs fans ​had been waiting to hear all window, clearing up any doubts over Mourinho's desire to keep someone quickly becoming a key player at the club.

While January was a rough month for Tottenham, the Argentine has won supporters - and his head coach - over with his passing, his dribbling, his work rate. When he's been on the pitch, he's been the best player.

Following Christian Eriksen's protracted departure, Lo Celso is now the creator-in-chief in lilywhite, and looks set to be a regular fixture for Spurs going forward. If he can make as many memories and hit the heights that his predecessor did, then his total transfer fee of £55m could look like a bargain - you'd probably only be able to afford a three-goal-a-season striker for that amount in 2025 by this rate anyway. The man of the moment, Stevie boy, Stevie Wonder, Stevie Burger Van as the blokes on the Shelf Side will call him. Steven Bergwijn represents a huge win for the Spurs board, having been identified as a ​transfer target long ago when Mauricio Pochettino was the manager.

At the age of 22, Bergwijn represents the exact sort of player a club like Tottenham should be in the market for - promising, physical, ready to hit the ground running and not too expensive. At £27m in the January window and with relatively little downside, this signing checks all the boxes, and he's already ensured that regardless of how the rest of his Spurs career pans out, he'll always be remembered for that volley.

Taking off the rose tinted glasses of his debut, this is a deal that indirectly helps Spurs with their striker problem - they have extra cover on the wings to allow ​Son Heung-min or Lucas Moura (preferably the former for the love of God) to continue starting up top. 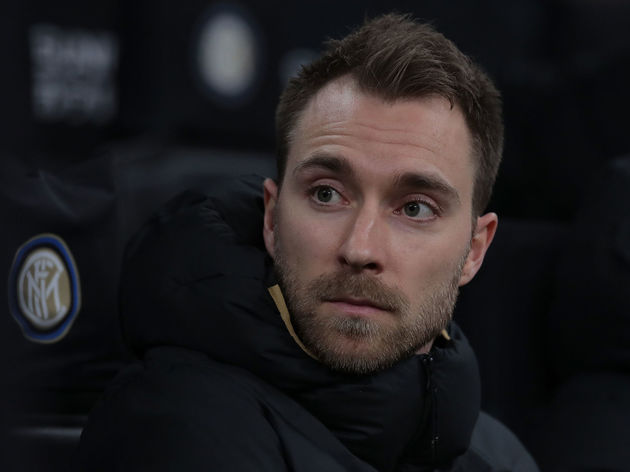 You'd have to be doing some Olympic gold medal mental gymnastics to kid yourself that ​Eriksen was cutting the mustard this season - for the most part, he was crap, but this was almost to be expected. The Dane was desperate for a summer move so that he could start a new chapter in his career, in his life, but left almost cast as a villain because he had his eyes on a transfer.

The club failed to find a suitor in the summer, and so were scrambling until the January deadline in order to get a fee for him. It's totally conceivable that Inter could have turned around to Spurs at the last second and admitted that they just weren't comfortable paying up for a player with six months on their deal, and would be happy to wait until the summer to sign him on a free.

Tottenham were punished for not cashing in when the time was right, and it's a move that hindered all parties - they couldn't claim Eriksen's true transfer value, the midfielder's relationship with the fans broke down and Inter or another European side could have done with him for a whole season rather than half of one. Oh look, another move made a few transfer windows too late going through at long last.

Kyle Walker-Peters' development over the last two or three seasons has been seriously hampered by a lack of first team game time, despite often not being of any use to Pochettino or Mourinho.

The result is a full-back who can't defend, attack, dribble, pass, is physically weak and isn't particularly quick.​ Sorry Kyle, you do a job, but not at the level of a club of Spurs' aspirations. Might be good homegrown fodder following this loan, however, and the chance to work with Ralph Hasenhuttl as a starter should definitely benefit him. At the top of a long list of things to have been left in 2019 is Danny Rose's Tottenham career. Second thing is those dumb Instagram filters which tell you which Disney character you are.

The moments ​Rose had in north London are priceless, starting with his debut goal against Arsenal and pretty much spanning a whole decade.

But the left-back's meddling Spurs legacy has been further clouded by reports of his toxicity in the dressing room, and so it became apparent that it was best he leave for the north as soon as possible. Let's not get started on the amount of goals he was at fault for this season (rough estimate is 67).

Danny, thanks for the memories, but it's time to stop slandering London chip shops. What are you even doing in chip shops? Get out of chip shops. You're a professional athlete, not Sam Allardyce.