The Republic of Ireland international, who only turned 18 in February, has been talks with the Lilywhites over a new deal for a number of weeks, but had been unable to put pen to paper until he had reached his landmark birthday.

Now that he has, Parrott has committed to fresh terms that commit him until the club until 2023, and will see him earn a pay rise after breaking through into Tottenham's matchday squads this season.

✍️ We are delighted to announce that @troyparrott9 has signed a new contract with the Club until 2023! #THFC ⚪️ #COYS

Spurs' ​club statement on their Twitter read: "​We are delighted to announce that Troy Parrott has signed a new contract with the club until 2023.

"The 18-year-old Academy striker has made two competitive first team appearances for us to date, including his Premier League debut against Burnley on 7 December.

"The Dublin-born forward also made his senior international debut for the Republic of Ireland in a friendly win against New Zealand in November."

For Parrott, the focus will now turn to the next step in his development. Manager José Mourinho has already admitted that he is too young to be seen as a viable option to replace the injured Harry Kane, so a loan move may be best. 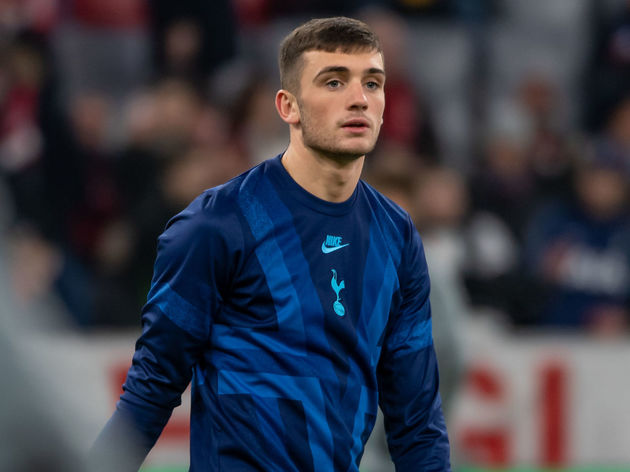 Charlton Athletic, Queens Park Rangers, ADO Den Haag and Burnley were all interested in signing the striker in January, but he remained at Spurs, despite Mourinho's evident preference to play Son Heung-min and Lucas Moura in central roles.