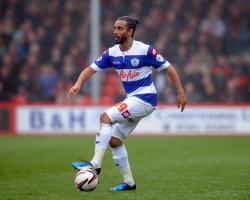 Tottenham Hotspur 0-1 West Brom: Match Report - view commentary, squad, and statistics of the game as it happened.West Brom down sloppy SpursUnder-fire Alan Irvine secured his first league win at the West Brom helm after deservedly overcoming sloppy and ponderous Tottenham at White Hart Lane.Eyebrows were raised when the Scot was named Pepe Mel's successor in the summer, with the Baggies' alarming start to the season exacerbating fans' concerns.Supporters booed West Brom after Everton's 2-0 win at the Hawthorns last weekend, although they had a smile on their face on Sunday as James Morrison's second-half header secured a 1-0 win at Tottenham.It was their first win at White Hart Lane since 1984 and one which looked likely from the outset, with Joleon Lescott denied a goal on an impressive debut after an unfortunate block by team-mate Craig Dawson.West Brom should have had a first-half penalty when Emmanuel Adebayor handled a Dawson header, but they continued to press after the break in a display that belied their lowly standing.A header from Morrison, left unmarked at a corner by Erik Lamela, in the 74th minute proved the difference, condemning Spurs to back-to-back home defeats in the league for the first time since November 2012.This was a match for which Mauricio Pochettino reverted to his starting line-up from the 2-2 draw at Sunderland after Thursday's trip to Partizan Belgrade in the Europa League.That meant a recall for Younes Kaboul and Vlad Chiriches - a centre-back partnership that looked shaky from the very start, highlighted by early Dawson and Saido Berahino efforts.West Brom came closer still in the 11th minute after foolish, over-complicated play from Chiriches saw him concede a corner

While the first set-piece was cleared, the following cross fell to debutant Lescott, whose powerful strike was heading in until team-mate Dawson accidentally blocked.It was a huge let-off for the hosts and, in particular, the Romanian, while Hugo Lloris came to the rescue when Craig Gardner was afforded space to strike a low, goalbound effort from the edge of the box.Pochettino's men were playing terribly and all they appeared to have going for them was luck, with referee Kevin Friend missing Adebayor clearly handling Dawson's header in the 31st minute.West Brom celebrations were cut short soon after when the offside flag resulted in a close-range Berahino strike being chalked off, while at the other end Lescott was doing well to frustrate former Manchester City team-mate Adebayor.Lescott stopped him latching onto balls from Danny Rose and Christian Eriksen, with Adebayor failing to meet a cross from the latter on the one occasion he found space in the box.An off-target Kaboul header was the only shot Spurs could muster by half-time, from which they returned seemingly rejuvenated as Eric Dier and Nacer Chadli had chances in quick succession.However, Pochettino's men were not on the front foot for long as Gardner sliced a half-volley wide before Berahino all too easily cut inside Chiriches to sting the palms of Lloris and Kaboul hacked clear.Paulinho and Roberto Soldado were introduced with 30 minutes remaining in a bid to change the game, with the latter denied by a brave Ben Foster save after the Baggies goalkeeper fumbled an Eriksen cross under pressure.The England international denied Soldado again soon after, but West Brom were still enjoying too much possession for Spurs' liking.Lloris gathered a 20-yard strike from Morrison as Irvine's men pushed forwards, with the Scotland international finally beating the Tottenham goalkeeper in the 74th minute.Lamela was guilty of losing the midfielder from a Chris Brunt corner, allowing him to head home with ease.It was a gut punch Spurs were unable to recover from, with a wayward, acrobatic effort from Paulinho the best they could muster as West Brom held out for an impressive win