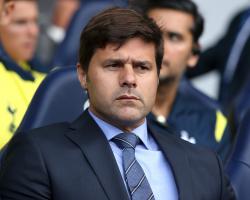 Tottenham Hotspur 1-0 Southampton: Match Report - view commentary, squad, and statistics of the game as it happened.Spurs edge out SouthamptonMauricio Pochettino got the better of Southampton successor Ronald Koeman as Tottenham ended their four-match wait for a Premier League win.All eyes were on the former Argentina international at White Hart Lane, where he was taking on his former club for the first time since ending a successful 18-month stint at St Mary's to take the reins in north London.Saints have confounded the naysayers by flourishing despite a host of key players following Pochettino out of the club, although a seventh straight win in all competitions was beyond Koeman's side as a 20-yard strike from Christian Eriksen secured Spurs a 1-0 win.It was a timely shot in the arm for Spurs ahead of the international break, having failed to win their last four top-flight matches and lost their previous two league games at White Hart Lane.Unlike recent weeks, though, there was no sign of a Europa League hangover as Jan Vertonghen had an early header cleared off the line, before Erik Lamela saw a shot pushed on to the post and Eriksen impressively struck from distance.Nacer Chadli hit the post as he attempted to double Spurs' advantage before the break, from which they returned strongly and kept the visitors at bay.Sadio Mane's contender for miss of the season in the closing stages was Saints' best chance as the hosts held out for a win which will have been particularly sweet for Pochettino and his staff.Despite having last term led the south coast side to their best-ever Premier League campaign, the sold-out travelling fans showered him with abuse from the outset in north London.Pochettino may have been under pressure but so too was the Southampton backline, with Ryan Bertrand clearing a Vertonghen header off the line in the fourth minute.However, Saints soon settled and were themselves proving a nuisance at the other end and had a fine chance of their own, with only a last-ditch Kyle Naughton block preventing Mane turning in a Graziano Pelle cross.A Mane cutback just evaded Steven Davis as Southampton continued to up the ante, with Spurs target Morgan Schneiderlin having a close-range effort blocked.Tottenham were struggling to break through the visitors' miserly defence, but were having more luck from distance.Lamela galloped forward and unleashed a 25-yard strike that Fraser Forster did brilliantly to tip on to the post, although the England goalkeeper was not so convincing when denying Eriksen soon after, watching helplessly as the ball crept wide after wriggling out of his grasp.Naughton was forced off with a nasty-looking injury in between those opportunities, but will have been cheered somewhat by his team-mates making the breakthrough in the 40th minute.Attacking down the left, Emmanuel Adebayor squared the ball to Chadli, who flicked to Eriksen and the Danish playmaker unleashed a fizzing strike from the edge of the box just out of Forster's reach.It was a fine goal which appeared to rattle Southampton, who were thankful for a large dollop of luck just before the break as Chadli raced through on goal, only for his left-footed strike to hit the far post before being hacked clear.Spurs continued on top when the play resumed for the second half, although it looked like the match would be turned on its head seven minutes after the restart.Latching on to a through ball, Mane was barged off the ball by last-man Younes Kaboul

The Spurs skipper feared the worse when Mike Jones harshly called a foul, yet the referee inexplicably only gave a yellow card.It was a peculiar moment in a match Spurs were still looking most likely to score, with Bertrand doing well to block Chadli before Forster fumbled an Eriksen cross.Opposite number Hugo Lloris saved countryman Kaboul's blushes after slicing a clearance, allowing Victor Wanyama to power a shot goalwards.It was a decent hit from the Kenyan - a connection Mane was unable to match as the winger wasted a late gilt-edged opportunity.Bertrand sent in a low cross for the summer signing, who somehow failed to make the right contact with the ball from six yards and directed wide.It was a huge let-off for Tottenham, so too was a stoppage-time attempt which drifted wide, as they held out for three points