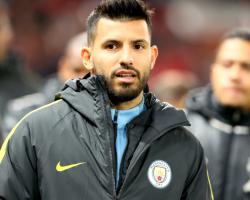 The draw gives Leicester their first point away from home in the league this season while Tottenham have now gone five matches without a victory.

Janssen's goal will come only as a crumb of comfort for Spurs, who have struggled for attacking fluency since beating Manchester City so impressively here at the start of the month.

Harry Kane could be back from injury for the north London derby against Arsenal next weekend and it seems the striker's return cannot come soon enough.

Leicester, meanwhile, are now eight points behind their opponents in the table but they showed some of the old resilience that has been so far lacking in their stuttering title defence.

Their fans certainly delighted in running through an impressive repertoire of triumphant chants before kick-off including, "Tottenham Hotspur, we're waiting for you", a response to Spurs supporters hopefully singing "Leicester City, we're coming for you" during the run-in last season.

Dele Alli and Danny Rose tested Kasper Schmeichel with two stinging drives early on but, for all Tottenham's possession, they struggled for any clear-cut chances.

Alli went down in the box under pressure from Christian Fuchs but it was little more than a nudge and even the Spurs midfielder appeared unconvinced it deserved a penalty.

Leicester did have a couple of openings, Jamie Vardy unable to get the ball out of his feet when slid through on goal and Shinji Okazaki heading over Riyad Mahrez's cross, but the contest became increasingly fractured by a number of niggling fouls.

Claudio Ranieri's side were most guilty - they committed 14 in the opening 45 minutes alone - and, moments after Alli had crashed Kyle Walker's cross against the crossbar, the visitors conceded a penalty.

Referee Robert Madley adjudged Robert Huth to have pulled down the twisting Janssen, who grabbed the ball purposefully, before driving it hard and straight past Schmeichel.

Tottenham's lead, however, was short-lived

Three minutes into the second half, Leicester equalised as Vardy latched on to Victor Wanyama's wayward header back and then squared for Musa to bundle home his second goal of the season.

Neither side, however, grabbed the ascendancy thereafter

Leicester looked occasionally dangerous on the counter-attack while Spurs' greatest threat came from set-pieces, with Janssen whipping one free-kick onto the roof of the net.

Both sides pushed for a winner in the latter stages and the hosts almost nicked it when Jan Vertonghen's header clipped the top of the crossbar.

It was the away supporters still singing at the final whistle.