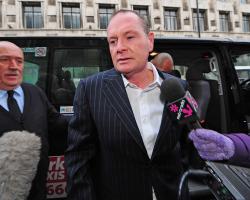 Bouncing around the bottom three after a bruising start to the campaign, it had looked like the Magpies' would struggle in north London.

However, Emmanuel Adebayor's header was wiped out by half-time introduction Sammy Ameobi seconds after the restart, before fellow substitute Remy Cabella set-up Perez to secure Newcastle an unlikely 2-1 win.

The result was a timely shot in the arm for under-fire Pardew, who built on their maiden win against Leicester with a first away victory for seven months.It had looked unlikely after Adebayor deservedly put Mauricio Pochettino's side ahead in the Bill Nicholson anniversary match, marking 10 years since Tottenham's great former player and manager passed away.

But it was Newcastle, a club Nicholson represented as a guest during the Second World War, who secured victory, with substitute Ameobi making the most of lax defending to start the comeback just after half-time.

Things got worse still when Cabella crossed for Perez to put Newcastle ahead and, try as they might, there was to be no leveller for Spurs as they lost a third league match of the season at White Hart Lane.

It was a result which looked unlikely in a dominant, if uninspiring, first-half display by Spurs, who appealed for a spot-kick against Daryl Janmaat inside the opening two minutes.

Jan Vertonghen, Christian Eriksen and Ryan Mason all failed with long-range efforts, before Newcastle left-back Paul Dummett missed an audacious attempt of his own from 40 yards.

Jack Colback wasted a fine opportunity when the normally-reliable Hugo Lloris unconvincingly punched away a Moussa Sissoko cross, before a rare moment of class led to an 18th-minute breakthrough.

Last-ditch blocks kept Nacer Chadli and Eriksen at bay, but Mason showed impressive ingenuity to clip in a cross for Adebayor to direct home.It was an impressive header which proved the only difference at half-time as Spurs failed to create any further shots on target.

Danny Rose was unable to keep an effort down after an impressive Erik Lamela prod put him through, before the left-back saw a hopeful appeals for a spot-kick rightfully waved away.Chadli wastefully blazed over a volley at the end of an uninspiring first half in which Newcastle looked poor.

Cabella and Ameobi were brought on in a bid to change things, but Pardew could not in his wildest dreams imagined their impact.Five touches and around seven seconds was all it took for Newcastle to pull themselves level, with Eric Dier caught napping from a fine Colback pass which substitute Ameobi rifled home.

Pochettino and many of the Spurs substitutes were not even back at their seats when the goal was breached - a shock to the system Spurs could have recovered almost immediately had Fabricio Coloccini not impressively denied Eriksen turning home a squared ball from Rose.

That block saw Newcastle remarkably turn the match on its head.Despite having looked to receive a pass from Sissoko in an offside position, second-half introduction Cabella sent in a cross which full debutant Perez headed home.

The visitors' relief was clear by the wild celebrations which would have been repeated had Cabella ended a solo run by squeezing his effort inside the near post rather into the side-nettingIt was a let-off the home faithful thought they had capitalised on in the 66th minute when Eriksen caught out Tim Krul directly from a corner, but the Newcastle goalkeeper's blushes were saved by linesman indicating the cross had gone out of play before curling back in.

Harry Kane, fresh from coming on, could not beat Krul with his first attempt of the afternoon as Spurs upped the ante, with Aaron Lennon failing to hit the target.A low, driven cross from Kane somehow evaded his team-mates and Roberto Soldado had an effort blocked as a leveller proves beyond them