So, if you hadn't heard already, Football Manager 20 is now playable for free for the next week as football fans look for something to do while worldwide authorities grapple with the ongoing coronavirus pandemic.

Given there's no football on television, fans are looking for alternative forms of entertainment to keep themselves and their brains occupied while in self-isolation.

Thankfully, the guys at Sports Interactive are absolute dons and have made their latest release in the FM series ​free for now. 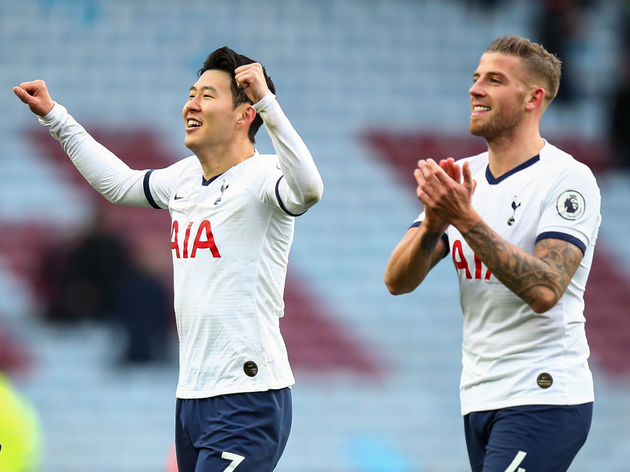 So, for you Tottenham and FM fanatics, here are a load of scenarios to keep yourselves distracted for now. Obvious, but just imagine if you became the manager to finally end Tottenham's rotten trophy drought? Wouldn't it be great if Harry Kane became synonymous with success at Spurs instead of Jonathan Woodgate? Spurs are historically known for being cup specialists - not that we've seen much of that lately - given they've only ever won two top flight league titles.

When they won the second of those titles, however, they emerged with the FA Cup alongside it during the peak of Bill Nicholson's powers.

If you can replicate that success in the modern age with Kane, Dele Alli and Son Heung-min, you'll be an instant legend in north London.

Ditch the Deadwood and Start the Painful Rebuild Spurs fans are still toying with whether things would be different had Mauricio Pochettino got his wish and overseen that painful rebuild he had previously talked about. Obviously it didn't happen, he was sacked and then replaced by Jose Mourinho, who has said he has no plans for a large overhaul in the summer.

Believe that if you will, but as a manager you don't have to accept it.

Instead, you could offer Serge Aurier and Danny Rose to other clubs and squeeze some more squids out of Eric Dier, Moussa Sissoko and Lucas Moura.

Spurs are well stocked with attacking talent, so eye up a goalkeeper for the long haul and a whole new defence. It's quite the outlay, but necessary to get Spurs near the top of the table. Opening a new FM save with Spurs would see Kane sat on 164 goals, 102 behind the record holder Jimmy Greaves.

For the ultra-ambitious, three seasons might be enough for the striker to establish himself as Spurs' best ever.

There is always the question of other clubs sniffing around, given the 26-year-old is an elite striker on the game and usually coveted by Real Madrid and other super sides, so just make sure you don't reach the point where Daniel Levy and the rest of the board accept a £150m bid, completely bypassing you as an authority figure.

Get the Rubbish Band Back Together In some alternate universe out there, these players were part of the same Tottenham team that won the Premier League, ​Champions League, FA Cup and League all in the same season.

Let's be real - none of those players are going to cost that much, so recruitment shouldn't be an issue.

The issue would be getting these no-hopers to lead your team to success in your Football Manager save. Quite a daunting challenge, but hey, an interesting one at that.

Back the Young Stars Troy Parrott is going to be a star by all accounts. He's in the ​Tottenham squad and ready for required, so why not chuck him in from the start?

The young Irishman could get a handle on the first team set-up while starting alongside ​Kane up front. If Parrott struggles, at least there's the guarantee of goals from the England captain.

Then, if things go well, maybe Parrott could target Kane's record for most ​Premier League goals in a calendar year. The possibilities are endless.