​PSG midfielder Adrien Rabiot looks set to leave the club for free this summer according to reports in France, as it has been reported that he has broken off all talks of signing a new deal with the Ligue 1 champions.

Rabiot's long-term future has been the subject of intensifying rumour and speculation of late, as his contract expires at the end of the current season, and has been linked with moves to a number of prominent European clubs.

Adrien #Rabiot did not travel to Bordeaux and didn't participate in the last #PSG training session https://t.co/ngExvU6YVA

In the latest update to a continually developing story, reports of the 24-year-old missing training have added fuel to the fire sparked by ​RMC Sport on Sunday, when they reported that the France international now has no intention of staying in the capital.

They clam he has decided not to discuss the prospect of a new deal further, after PSG asked him to clarify his situation by the end of last week.

While it looks as if his departure on a free could well be on the cards, however, ​SportWitness clarify that rumours of an agreed a deal with an unnamed club have not been confirmed.

If the reports are to be believed, then, it would seem Rabiot, who has scored 24 goals in 225 appearances for PSG , winning Ligue 1 five times in the process, is fair game for any interested party this January, when a pre-contract can be officially agreed. 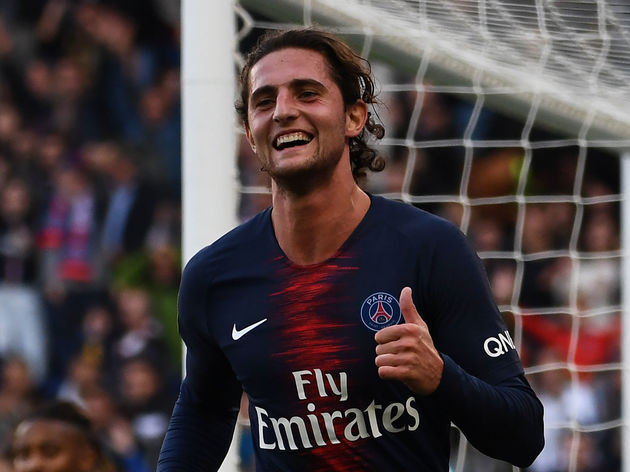 While Barcelona are often named as the frontrunners for his signature, AC Milan, and ​Premier League pair ​Manchester City and ​Spurs have all been linked in recent months.