Tottenham face the sternest of tests to qualify for the knockout stages of the Champions League as they face Barcelona at the Nou Camp, knowing that only they need to equal or better Inter's result on the night to make it through to the round of 16.

Ernesto Valverde’s Barcelona have already won Group B - with Spurs looking to capitalise on any complacency or rotation in the Catalan club's squad and progress. To add extra zing to this enticing affair,

Check out 90min's preview of the

Barca may decide to rest several of their key players, including the world's 'fifth best player' ​Lionel Messi. The hosts have already progressed as winners and will want to protect players against a battling Spurs side, who will inevitably come out all guns blazing, as they look to build on their three point lead over Sevilla in ​La Liga. For the visitors, ​Harry Kane, who has recently been linked with a £200m move to the Nou Camp, was rested and played just the final 16 minutes as Pochettino kept him fresh for Tuesday’s crucial Champions League clash.

Serge Aurier's injury at ​Leicester City means Kyle Walker-Peters might have to start for Tottenham at right-back against the Catalan giants.

Surprisingly, the two clubs have only met three times in history - twice in 1982, and what will be twice in 2018. 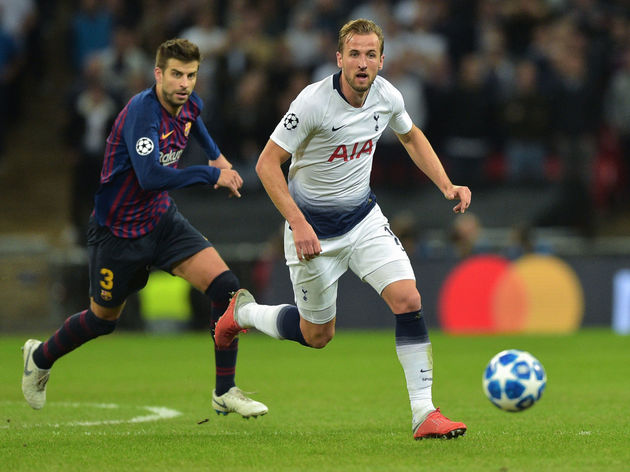 Barcelona sit contentedly at the top of La Liga with a three point cushion over second-placed Sevilla - scoring eight goals in their past two outings.

The Catalan club have only dropped two points in a comfortable Champions League campaign thus far.

​Spurs go into this exciting ​Inter

Most away wins in Top 5 European Leagues this season

In 2018, he's scored 10 direct free kicks - the most he's ever netted in a calendar year. pic.twitter.com/KzjVmfPzVg

Here's how each team has performed in their last five fixtures:

The result of this match will be decided when the team news for Barcelona is announced. Should the Catalan club announce a strong side, Tottenham could be in trouble.