Tottenham Hotspur defender Ben Davies has admitted he would love Gareth Bale to rejoin the club amid uncertainty over his Real Madrid future.

Bale has consistently come under fire since moving to the Spanish capital in 2013 and despite playing a key role in Los Blancos' recent dominance of European football, Madrid fans continue to berate the Welshman and Davies believes the 29-year-old is unfairly treated by his club. 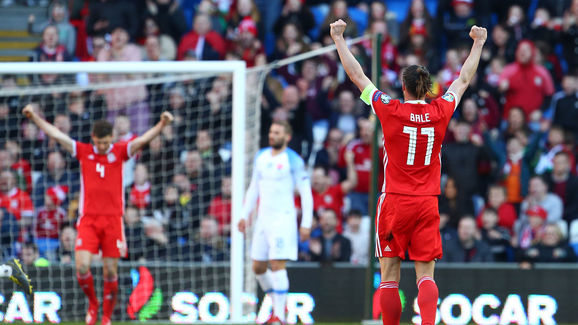 Speaking ahead of Wales' Euro 2020 qualifying win over Slovakia, ​Davies told The Mirror: ​

"I'm always going to say it's unfair, he is one of the best players in the world, we see it every day in training."

Davies joined Spurs in 2014, one year after ​Bale's £85m departure, and the left-back has admitted he would love for his countryman to rejoin him in north London.

"I'd definitely have him at ​Tottenham. But I don't know how likely that is." In spite of the criticism from fans at the Santiago Bernabeu, Bale has helped Los Blancos to 13 trophies since 2013, scoring the winning goal in two of ​Madrid's four Champions League final victories, and a return to the ​Premier League would certainly see Bale receive the credit he deserves as one of the world's best players.

Following the return of Zinedine Zidane to the Real Madrid dugout, with whom Bale fell out of favour during his first spell as manager, the Welshman may be forced to consider his future at the end of the season.

Bale and Davies both played the full 90 minutes as Wales narrowly beat Slovakia 1-0 on Sunday, thanks to an early strike by Swansea's Daniel James.