Tottenham will look to cement their place in the Premier League's top four as they travel to Bournemouth in Saturday's lunch time kick off at the Vitality Stadium.

Mauricio Pochettino's side have struggled of late, after consecutive defeats at their new stadium to West Ham and Ajax. However, a win on Saturday would send Spurs seven points clear of their great rivals Arsenal in fifth. Bournemouth, meanwhile, will look take maximum points from their final two games in hopes of leapfrogging Newcastle, Crystal Palace and West Ham in the Premier League standings. Eddie Howe will be desperate to secure a victory after a disappointing home loss to relegated Fulham a fortnight ago, and a 3-3 draw against rivals Southampton last weekend.

Check out 90min's preview of the clash below.

The home side have an array of injuries to account for going into the weekend's encounter. Full-back trio Diego Rico, Charlie Daniels and Adam Smith are all out, with the latter struggling with muscular damage. Rico and Daniels, meanwhile, have ankle and knee ligament problems respectively.

Dan Gosling picked up a calf injury in Saturday's 3-3 draw at Southampton and Dominic Solanke tweaked his hamstring late in the game. Tottenham also have a number of injury concerns and will have to be cautious ahead of their clash with Ajax in the second leg of their Champions League semi-final on Wednesday.

Harry Kane, Serge Aurier and Harry Winks are all out, with Jan Vertonghen joining the trio on the injury list after he suffered a brutal head injury against Ajax. Erik Lamela remains a doubt but should be fit in time for their final game of the season against Everton on May 12. 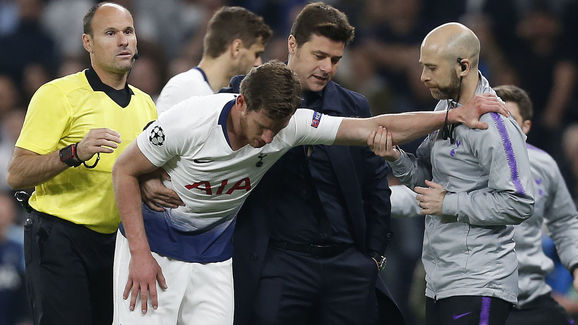 Pochettino will be given the much needed boost of having Son Heung Min available for selection after the Korean was suspended for their pivotal clash against Ajax on Tuesday.

The two sides have met just eight times previously, with Tottenham enjoying a vastly superior record of success against Bournemouth, winning six of their meetings. Spurs won 5-0 when the two sides met at Wembley in December. 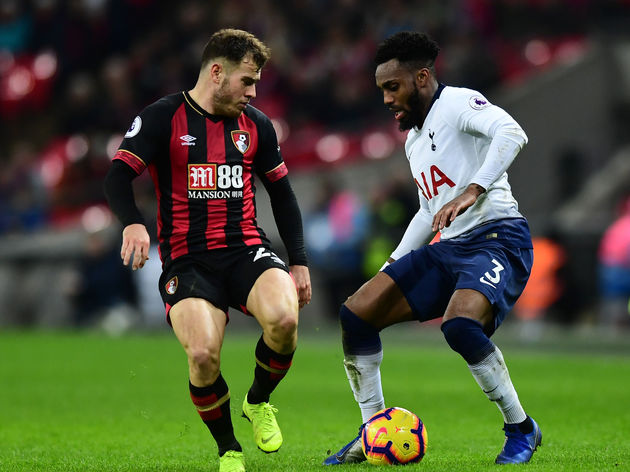 The Cherries last avoided defeat to Tottenham when they claimed a point in a 0-0 draw against the north Londoners at home in October 2016.

The last and only time Bournemouth were able to beat Spurs was in an FA Cup clash in February 1957, in which the Cherries won 3-1.

Bournemouth have claimed victory in just two of their last 12 league matches, securing away wins against relegation-battlers Brighton and Huddersfield Town.

End of season slumps appear to be the Cherries' forte, the club having endured a similarly indifferent close to 2017/18 after their exquisite winter showings. Nevertheless, striker Callum Wilson has rediscovered his goal scoring touch, the 27-year-old has racked up seven goals and six assists in his last seven games. Spurs' new stadium certainly had a positive impact on their squad in the opening month, with the team winning all four of their games at their new home, scoring eight goals and conceding none.

However, the past week has not been kind to the Lilywhites, losing two games on home soil within three days, scoring no goals whilst conceding two.

Here's how the two teams each fared in their previous five results:

Tottenham may have one of the biggest games in their history around the corner, but they can ill-afford to overlook a potentially dangerous Bournemouth side who can cause anyone a problem on their day. The Cherries will be desperate to spoil the Lilywhites' party and will look to finish the season strong, with very little separating themselves from West Ham in 11th position. Both Ryan Fraser and Callum Wilson are in fine form and will be a handful for the Spurs defence given they will be without stalwart Jan Vertonghen.

However, looking at the recent form of both sides, and knowing what is at stake for the visitors, it's difficult to see Tottenham not coming away with three points.