​Tottenham have extended with nine-month winless run away from home in the Premier League after suffering a 3-0 defeat on the road to Brighton & Hove Albion on Saturday.

Mauricio Pochettino's side conceded within the opening three minutes after an awful mistake Hugo Lloris, putting the ball on a plate for Neal Maupay to poke the ball into an empty net with the French goalkeeper left injured after landing on his arm.

Brighton added a second just before half-time thanks to Aaron Connolly on his first-ever start in the Premier League, pouncing onto a rebound after his initial effort was parried away by substitute goalkeeper Paulo Gazzaniga. Tottenham improved somewhat after the break but still couldn't find a breakthrough, and Brighton actually extended their lead through Connolly once again, with the teenager scoring a carbon copy of Serge Gnabry's first goal against Spurs in midweek.

Chances came Lucas Moura's way during the latter stages of the match but Matty Ryan was in inspired form to keep hold of a clean sheet, leaving Tottenham without a single positive to take from their weekend trip to the seaside.

If this was the first time you've ever watched a game of football and you had to guess which team was in last year's Champions League final, most people would probably be guessing Graham Potter's Brighton.

Throughout the first-half the Seagulls dictated the tempo of the match, pressed their visitors quickly and were seemingly always first to loose passes, with their inexperience attack of Aaron Connolly and Neal Maupay causing all sorts of problems for Tottenham. 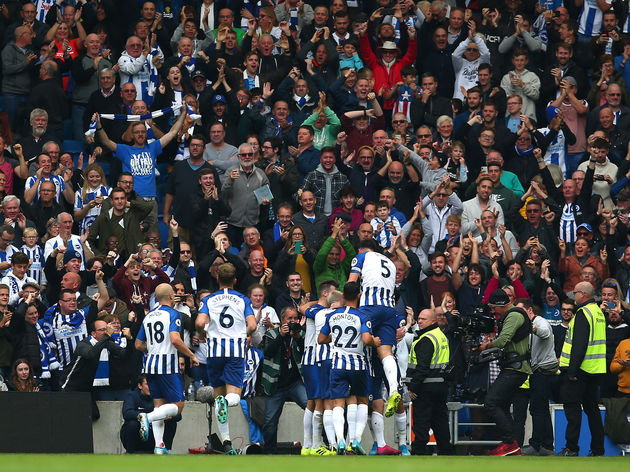 It wasn't all plain sailing after half-time and Brighton had to get used to having their backs against the wall at times during the second 45 minutes, but Connolly's second of the game put the hosts back in the driving seat and they held on for a deserved three points.

He might not have got on the scoresheet, but Aaron Mooy put in a man of the match performance where he almost single-handedly dominated Tottenham's midfield which cost just shy of £100m.

The Australia international was the standout player for Brighton & Hove Albion in the heart of the pitch, having a hand in their opening two goals as well as a handful of other chances throughout the rest of the match.

While Mooy impressed at times with Huddersfield Town last season, the 29-year-old heads into the international off the back of one of his best-ever performances.

Poor form is one thing that everyone goes through. Sometimes things just don't quite click like they should do and results end up going against you, but that's not an excuse that will cut the mustard for Tottenham fans this weekend.

Pochettino's side were outfought on the south coast - again, something which does happen to the 'big six' every now and then - but worryingly Tottenham's star-studded squad were also second best with their technical ability. 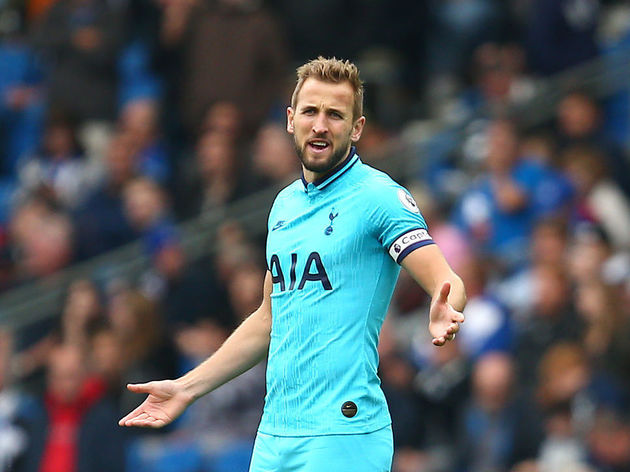 The international break can't come at a better time for Spurs as they look to compose themselves ahead of the busy winter period, but something needs to be done over the next two weeks to avoid a repeat of this performance in two weeks.

Sorry Tottenham fans, but filling this section is a contractual obligation.

It's safe to say that not a single starter deserves a special mention, but half-time substitute Harry Winks did bring some impetus to Pochettino's side when he came onto the pitch.

@SpursOfficial tell our players to wake up, not one person in the team bar Harry Winks actually cares about playing for Tottenham, Poch has lost the changing room . #pochout

Would it be such a bad idea to start Harry Kane, Harry Winks, and nine lads from the Academy who have the faintest idea what it means to play for Tottenham Hotspur.

I mean it couldn't be any worse, could it? #BHATOT #THFC

Only positive for spurs right now is Harry Winks. Clever and talented in that middle. #BHATOT

Winks wasn't a game-changer, but as the only Tottenham player who can walk away from the south coast with any sort of pride, the 23-year-old has at least ensured that he won't be left out of their next starting lineup after the international break.

For Brighton, they'll be looking for their first away win since the opening day of the season at Aston Villa.