Champions League: Picking a Combined XI From Teams in Group B

​Group B in the Champions League will see last season's finalists Tottenham Hotspur come up against Bayern Munich, Olympiacos and Red Star Belgrade.

There is undoubtedly plenty of talent on show in this group, and the bigger teams will certainly know that they cannot afford many slip-ups if they want to make it to the next round.

The group certainly promises real excitement, and here's a combined XI of players from the four teams in Group B. Manuel Neuer (GK) - Hugo Lloris comes close, but we've gone with ​Neuer. The ​Bayern man has long been one of the game's best goalkeepers, and his ball-playing abilities make him one of the most versatile shot-stoppers around.

Joshua Kimmich (RB) - Kimmich's versatility means you'll likely see him deployed further up the field, because he's good enough to make an impact wherever he plays. A powerful athlete with incredible technical ability, Kimmich can really do it all.

Toby Alderweireld (CB) -​ Ever since joining ​Spurs, ​Alderweireld has gone from strength to strength. Not only an elite defender, the Belgian also knows how to pick out a stunning pass or two, and he loves being the catalyst for Spurs' attacks.

Niklas Sule (CB) - Once seen as one of the finest young centre-backs around, Sule has easily lived up to that potential with Bayern. At just 24 years old, he still has plenty of time to improve and get even better, which is a terrifying prospect.

Lucas Hernandez (LB) - Is he a left-back? Is he a centre-back? Nobody really knows. Lucas has played in both positions since his lucrative move to Bayern, and he has been dominant in each. It takes a special player to star in two separate roles, but that's Lucas for you. 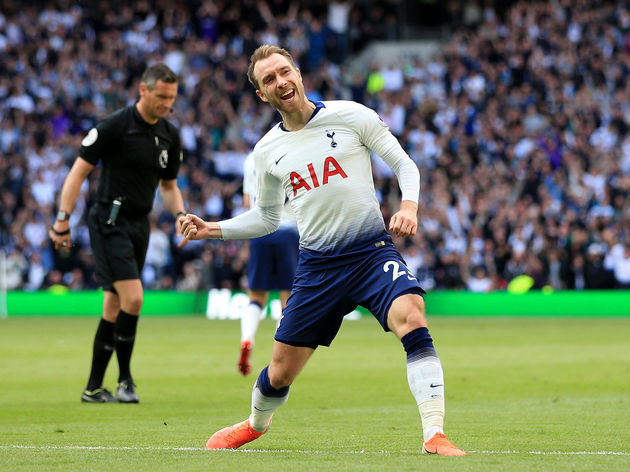 Christian Eriksen (CM) - Spurs managed to keep hold of ​Eriksen during the summer, and it's easy to see why they were so desperate to do so. He is one of the most creative players in the ​Premier League, and he will want to make a real impact on Europe this season, perhaps to earn himself a move away from the club.

Tanguy Ndombele (CM) - Olympiacos duo Kostas Fortounis and Mady Camara were both in with good shouts here, but Spurs' record signing Ndombele deserves his place. The Frenchman's impressive box-to-box abilities have been on show in the ​Champions League in recent seasons, and it's time for him to deliver with Spurs.

Thiago (CM) - Thiago is a fantastic midfielder. Not only is his passing second to none, but he is solid defensively and can help dictate the tempo of any game. There are few midfielders quite like the Spaniard. Serge Gnabry (RW) - There's a few good options on the wing. Bayern's Kingsley Coman deserves a shout, but ​Gnabry just edges him out. The German has turned into a different animal since leaving ​Arsenal, but he will certainly still remember the importance of beating Spurs.

Harry Kane (ST) -  ​Kane is one of the world's best strikers, and he needs to be to fend off competition from Robert Lewandowski here. ​Chelsea

Son Heung-min (LW) -​ Some fans would even argue that ​Son is more important to Spurs than Kane, and there's definitely some truth to that. The South Korean's goals were vital to Spurs' run to the final last season - can he do it again?