​Real Madrid midfielder Dani Ceballos has confessed that not playing regularly at the Santiago Bernabeu is tough for him to deal with, amid reports he is closing in on a two-year loan move to AC Milan.

The 22-year-old, who played a starring role in Spain Under-21's victory at the European Championships this summer, started just 13 La Liga games last season, prompting rumours he could be forced to leave the club. 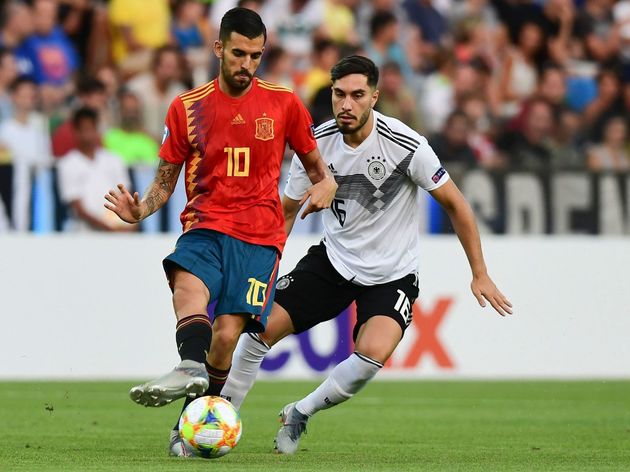 Speaking to the media (via ​Marca) after Spain's 2-1 win over Germany, Ceballos admitted that finding himself out of the team is incredibly challenging for him.

"Now I have to disconnect, recharge my batteries and we'll think about the future later." Where Ceballos will be playing his football next season is currently unknown, although Sport Mediaset (via ​AS) claim that it could be with ​Milan, who are keen to seal a two-year loan deal for the Spaniard.

Milan want the option to sign Ceballos permanently for €35m, whilst ​Real would retain a buy-back clause of around €40m, with Los Blancos unprepared to completely give up on Ceballos' development.

However, Ceballos himself is not convinced by the move. He does not want Milan to have the option to sign him permanently, while he only wants to head out on loan for one season, not two. Furthermore, he is not certain that a switch to Milan would be beneficial for his career, given the Rossoneri will not be competing in European competition next season as a result of their Financial Fair Play breach.

​Tottenham Hotspur have been heavily linked with a move for Ceballos as a potential replacement for ​Christian Eriksen, who is widely expected to leave the club this summer, and Ceballos may prefer to make the move to England to compete in the ​Champions League.