​Dele Alli lauded Mauricio Pochettino as an 'amazing manager tactically' after Tottenham produced their best home performance of the season to easily beat Chelsea on Saturday.

Alli scored the first of three Tottenham goals, with Harry Kane and Son Heung-min getting the other two, as Spurs moved above their London rivals into 3rd in the Premier League. 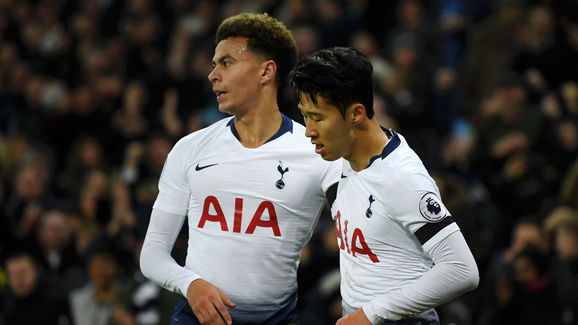 Pochettino employed a high press which disrupted ​Chelsea's usual rhythm, and the only surprising aspect to the scoreline was that ​Tottenham didn't win by a greater margin.

"A lot of it was the work we did tactically. On the front foot, pushing up high," said ​Alli, quoted by ​Sky Sports News.

"I think, working with Poch, you know how good he is.

"That's important for the team, to have players that are fresh and ready to go. Everyone knows their roles and responsibilities.

"You don't have to worry about anything else, your football is natural, it's what you've been doing for a long time.