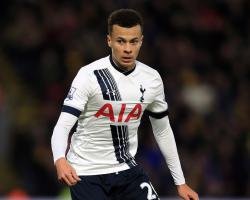 The 19-year-old has also broken into the senior England set-up and scored his first international goal in the 2-0 victory over France in November.

"We're delighted to announce that @Dele_Alli has signed a new contract with the club which will run until 2021," Tottenham posted on their official Twitter account.