Dele Alli has hailed Lionel Messi as the 'best in the world', but has also insisted that he is unconcerned whether the Argentinean plays in Tottenham's crucial Champions League tie against Barcelona.

After back to back wins against PSV and Inter, Tottenham have given themselves a fighting chance of qualifying from Group B. If they can defeat Barcelona at the Camp Nou or better Inter's result from their match against PSV, then they will book their spot in the round of 16. ​Alli has insisted that he is fully aware of the size of the task that faces ​Tottenham, but he also pointed out that he doesn't mind who they have to play against - even if it is ​Messi.

“He [Messi] is a player that everyone idolised because of what he's achieved in his career," he said, as per ​Goal.

“For me, he is the best player in the world and he's a joy to watch. To be honest, though, I'm not really concerned about what they do with their players."

"If Messi shoots free kicks like he did the other day, there's nothing to do." pic.twitter.com/TWZvxx4OA7

​Barcelona have already secured top spot in group B but, despite their formidable record, Alli went on to claim that Tottenham are travelling to the Camp Nou with no fear.

"We are definitely going there with confidence, we know it's going to be a difficult game but they are human and everyone makes mistakes," Alli added.

“We've just got to make sure that we punish them and be as on it as we can.

“They are one of the best teams in the world, they've got some great players and as a kid you dream about playing at the Nou Camp, and we're going to go there and give it our best shot. 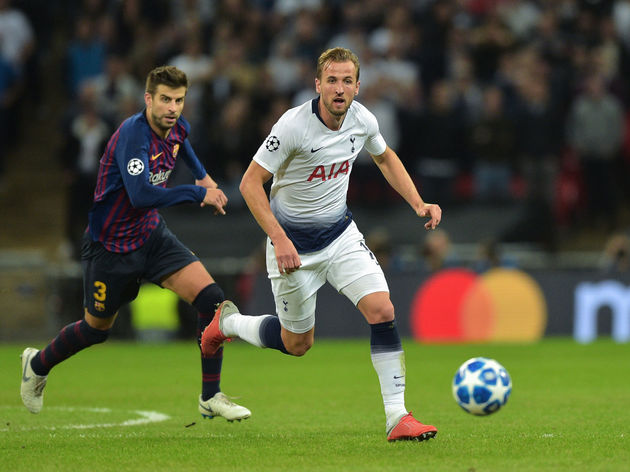 “We're ready. It's going to be another difficult game but they're the games you want to be a part of, playing one of the best teams in the world and some of the world's greatest players."