​Erik ten Hag has confirmed Ajax are closely following Jan Vertonghen's contract situation, with Tottenham currently set to release the Belgian defender at the end of the season.

With his deal expiring in the summer, Vertonghen is currently free to discuss his options elsewhere, though a continued stay at Spurs has not been ruled out entirely.

Among interest from several clubs, ​including Serie A title challengers Inter, former club Ajax have now emerged as a contender for his signature. Ajax lost Matthijs de Ligt to Juventus last summer while Daley Blind is only scheduled to return to the first team squad on Sunday, having been diagnosed with a heart condition in December. Joel Veltman and Lisandro Martinez have featured regularly in central defence, though Veltman is expected to be absent for a few months with a knee problem.

Speaking on Vertonghen's contract situation, Ten Hag told Ziggo Sport: "Jan has a history at Ajax. Of course we are following his situation very closely, but you also have to look at the position in which someone plays.

"If that comes together, the availability and the position in which he plays, then he is an option. There is no question of any age limit here. “If someone is good enough, it doesn't matter how old he is."

Vertonghen began his senior career with the Godenzonen, making 220 appearances for the Dutch side before moving to north London in 2012. Last season, he played a key role in Tottenham’s epic Champions League comeback against the Amsterdam side in a thrilling second leg as Spurs progressed to the final.

There is much to consider for José Mourinho and managers hoping to poach the centre back on a free transfer. Vertonghen is the most-capped player ever for the Belgium national team - though at 32 years old he is in the twilight of his career.

Having signed for the Lilywhites for £12m in 2012, Vertonghen continues to be a key component of their back four in his ninth season at the club, although he recently made headlines for his emotional pitch exit against Southampton, in what Mourinho insisted was a tactical reshuffle. 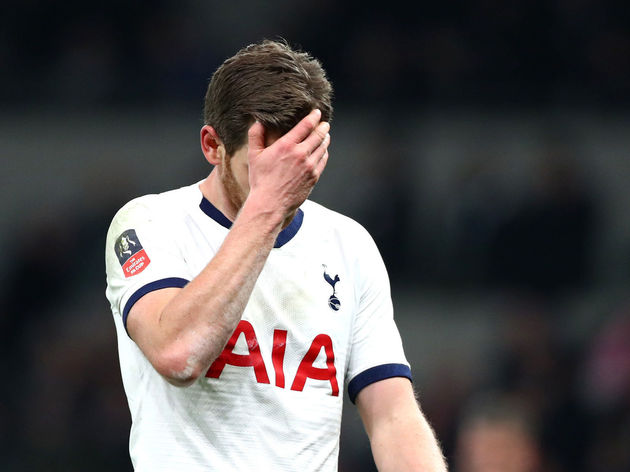 He ​added: “We haven’t reached an agreement as yet, but we don’t rule out anything. There’s interest in him as a free agent, but Spurs is a very interesting option for us. The door’s still open.”