​Craig Bellamy has described Christian Eriksen as being a ''world class player' on ​Sky Sports' The Debate podcast following Wales' 2-1 defeat to Denmark on Friday. The Tottenham midfielder helped his nation achieve promotion to League A in the UEFA Nations League with a game to spare by scoring two goals in the competition.

Bellamy praised Eriksen for providing his country with 'the little bit of quality' that is needed to win big games and later went on to say that he believes that he 'is a top-bracket player.' The former Liverpool and Newcastle star also complimented the 26-year-old on his positioning, suggesting that 'if Denmark are going to create anything going forward, it always comes through him.'

Eriksen's performances for Denmark in particular back up Bellamy's statement. In 85 appearances for his country, the Dane has scored 25 goals from midfield and recorded a number of assists too. His most notable performance for his country came against Ireland in November 2017 when he scored a hat-trick in a 5-1 victory that secured a place at the 2018 World Cup in Russia.

The midfielder has also shown that he can produce at the highest level in the Premier League for ​Tottenham Hotspur. Since joining the club from Ajax in 2013 for £12m, Eriksen has provided 50 assists for Spurs and has scored 41 goals in 180 appearances. 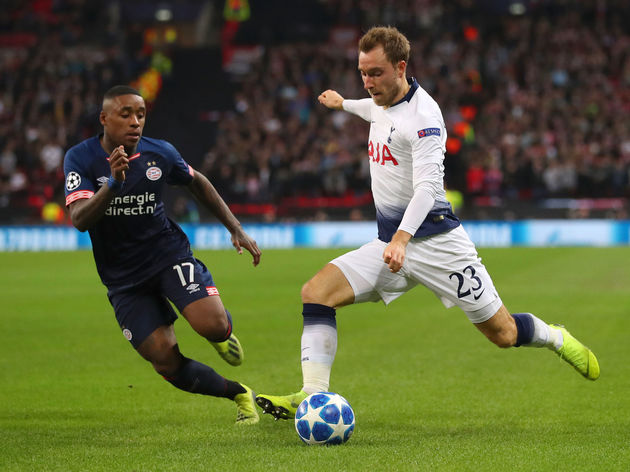 Despite being a key player for the Lilywhites, Eriksen has yet to commit to a new contract. With his current deal running out in 2020, the Danish midfielder will be not be short of offers if he decides that his future lies away from north London.

Barcelona, Manchester United and Juventus have all been linked with a move for the star in recent weeks and will be keeping an eye on the progress of contract talks at Spurs.