​Former Spurs star Graham Roberts has claimed that Manchester United should turn their attentions towards Liverpool's Jürgen Klopp to be their new full-time manager, rather than Mauricio Pochettino.

Since José Mourinho's sacking last week, rumours have been circulating as to who will be the next man to take the helm on a permanent basis at Old Trafford. Pundits and fans alike have called for Pochettino to take over the reins at the end of the season - a suggestion which has proved to be highly unpopular with Spurs fans. 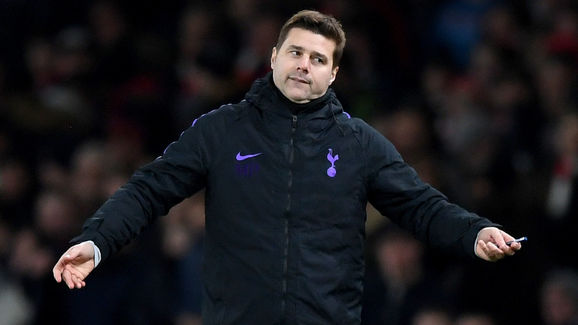 The north London side's former star ​Graham Roberts has now weighed into the conversation, aiming a cheeky Tweet at Jamie Carragher suggesting that Klopp should replace Mourinho, rather than Pochettino. Roberts said: "

Can I ask one thing @GNev2 @Carra23 today that I hear about my football team and not man united for four hours and them wanting our manager. We are above them in the League and fighting for more important things than them currently. @SkySportsPL @SkySportsNews

​​With a move to their brand new stadium edging closer, and Champions League qualification for next season looking likely, ​Spurs fans may well have reason to question why their manager would chose to leave. However, ​United's superior stature in world football do make them an alluring option, and it will be interesting to see whether Pochettino can resist their advances.

In other news, ​both Spurs and United have been linked with a January move for Bournemouth striker Joshua King. The £25m-rated Norwegian could add depth to either side's frontline, with Spurs in particular in need of strengthening - given that veteran forward Fernando Llorente is the only alternative option available to Harry Kane.