Bale was frustrated to be a substitute for the Champions League final in each of the last two seasons under Zidane, even threatening to consider his future in the Spanish after he came off the bench to win the game for Real with two goals. The player has encountered further problems this season. Patchy fitness has once again hindered him, while teammates have publicly painted him as something of an outcast, and he was even recently booed and jeered by Real fans.

Asked by BBC Radio 5 Live if his client will be staying at Real in the wake of Zidane's unexpected return, Barnett commented, "Yes, why not? He wants to play all his career for Real Madrid and if it does not work out, we will talk again.

"He will talk with Mr Zidane, take it from there and then see at the end of the season."

As for the strained relationship, the agent added, "Gareth wanted to play one way and Zidane wanted to play another. That was the cause of it and over a period of time it got worse.

"If you let Gareth play the way he wants to play, having a run of games in a row not in and out, he can be right up there with Cristiano Ronaldo. He still has a great talent."

Writing for AS, journalist and author Guillem Balague claims that Zidane eventually 'ran out of patience' with Bale after trying several different ways of getting the best out of him.

But he also added that the coach 'did not use the right tools to get Bale firing on all cylinders'. 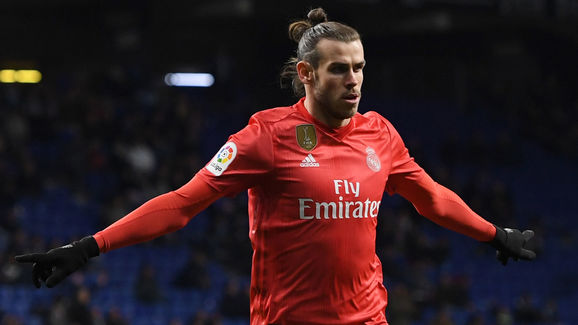 Balague claims that Zidane even asked for Bale to be sold before stepping down last May, yet apparently no one has ever confirmed this to the player himself.

He also revealed that Tottenham were considering an offer to take their former star back on loan last season, an alleged proposal that would have seen most of Bale's wages still paid by Real. That offer was apparently killed before it was even put to the Spanish club.

But as far as returning to Spurs in general is concerned, Balague claims that Bale has so far always been 'extremely reluctant' as it is viewed as a 'backwards' step. Barnett addressed suggestions that Bale has struggled in Spain, stating, "He is very friendly with everyone, they know what he does and playing golf on a day off is not a crime. If anybody from the club wants to play he is available. He is fine, loves life in Madrid and has always been happy.

"Ex-president Ramon Calderon said he does not speak a word of Spanish. How does he know? He has not been within a mile of Gareth Bale, ever. For him to say that, it was like him saying Jose Mourinho was going to sign to be the next manager."