Gareth Southgate saw his England side thrash Montenegro ​5-1 on Monday night, but the fact that his players faced racist chants from fans dampened what should have been a celebratory mood, and he has demanded that action be taken.

Despite falling behind to an early Montenegro goal, Southgate saw his side fight back through Ross Barkley's inspired performance and score five goals without response. He will have been impressed with the way his players responded in a hostile environment when the atmosphere could have gotten to them and affected their performance. Following the end of the match, and after reports of the abuse being aimed at some of his players, Southgate said that they intend to make a report to UEFA.

Speaking with the ​BBC, Southgate said: "

Although he watched his side put in a good display, the England boss was more focused on making sure his players were okay, and that they received the support they needed.

BREAKING: Gareth Southgate says Danny Rose was racially abused by home crowd after being booked during @England’s game away to Montenegro. #SSN

It is an unacceptable situation. I have spoken before about this and what can we do?

Good to see @England answering back to ignorance in the best way possible... another 3 points in the group, 10 goals in 2 Games ⚽️ #Euro2020 pic.twitter.com/EXFPK9cXtx

"We have to make sure we look after our players, we report it and from our side, we have to continue to make strides in our country and that we have to trust the authorities to take the right action here."

​Chelsea winger Callum Hudson-Odoi, who made his first international start in the game and was a target of the abuse, said after the game: "I don't think discrimination should be anywhere - we are equal. When you are hearing stuff like that from the fans, it is not right and it is unacceptable.

"Hopefully UEFA deal with it properly. When me and Rosey went over there, they were saying, 'ooh aa aa' monkey stuff and we just have to keep our heads and keep a strong mentality." 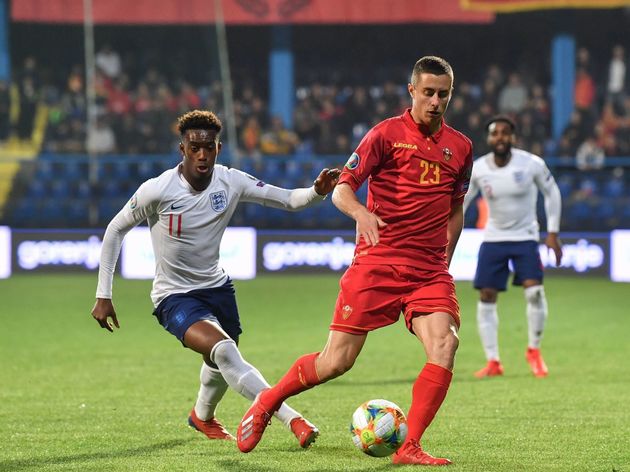