​Giovani Lo Celso is considering leaving Tottenham after an unsuccessful first few months at the club following his summer move from Real Betis.

The Argentine was one of Spurs' marquee summer signings when he joined from Betis in August, initially on loan with an option to confirm a permanent deal for £55m.

However, Lo Celso suffered from former manager Mauricio Pochettino's penchant for keeping new signings out of the starting XI until they were deemed ready, while new boss Jose Mourinho has put his faith in Dele Alli with Son Heung-min and Lucas Moura impressing in wide positions. Regardless of the manager Lo Celso has struggled for game time, mainly appearing as a substitute and starting just twice in the Premier League and Champions League combined.

Now, ​Estadio Deportivo claim the former Paris Saint-Germain attacker could look to secure a move away as a means of getting more game time. Lo Celso is also eager to retain his place in Lionel Scaloni's Argentina squad, which is currently littered with talented attackers, making competition for places fierce.

Former ​Spurs boss Pochettino switched between formations towards the end of his stint in north London, with ​Christian Eriksen - who is running down his contract with the club - starting seven ​Premier League games so far this season, much to the confusion of Tottenham supporters.

Mourinho immediately restored Alli to his favoured second striker position and the switch has worked, with Alli impressing in the 3-2 win at West Ham before netting in the victories over Olympiacos and Bournemouth.

Lo Celso has made just one appearance under Mourinho so far, appearing as a substitute against Bournemouth, but in the two games he has previously started, Tottenham's fortunes have been mixed. 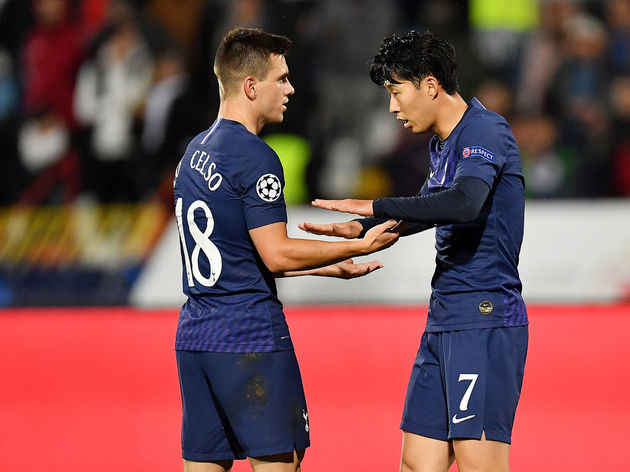 He finally started a game in late October, scoring in the 4-0 win at Red Star Belgrade, and retained his position for the following game against Sheffield United. However, his contribution was minimal as the Blades left north London with a point in Pochettino's final game in charge.

Lo Celso and Tottenham take on Manchester United at Old Trafford on Wednesday, with Jose Mourinho returning to the club he left last year.