Harry Kane Set to Be Fit for Tottenham When Football Returns

​Tottenham Hotspur striker Harry Kane has revealed he is confident that he will be fully fit by the time professional football returns in the UK.

Kane limped off on New Year's Day after tearing his hamstring against Southampton, which signalled the start of Tottenham's injury woes, and was thought to have ruled him out for the rest of the 2019/20 campaign. 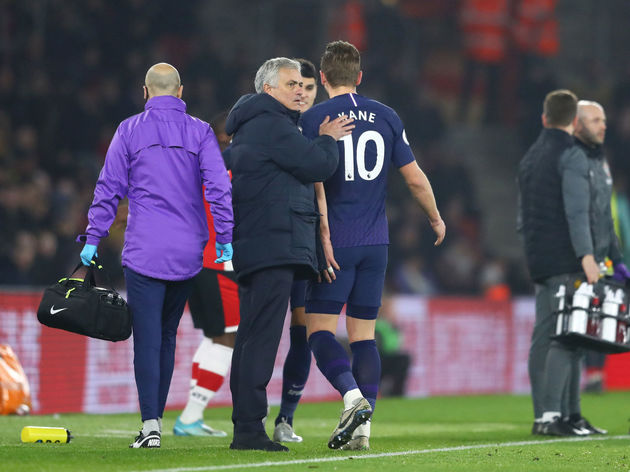 However, due to the outbreak of coronavirus, ​all elite football in England was postponed in March until at the earliest 30 April, thereby prolonging the Premier League season and allowing Kane the chance to feature in more of Tottenham's games than first thought.

Kane, delivering an update on his fitness, told ​SpursTV that: "

Love being back on the grass with a ball at my feet 😍💪 pic.twitter.com/9b8klAmFmw

"I’m at a good stage now and just working hard, doing a lot of recovery, a lot of rehab and just waiting to see what happens to the season."

The ​Tottenham striker continued: "Other than that, my family is well. Obviously, everyone is thinking about coronavirus at the moment and it’s a time to be together, to stay safe and hopefully everything will be alright.

“It’s such a strange situation, no-one has been in this situation before. Like anything, you have to take the positives out of it and do what you can. So far, me and the family are well, and I’ll continue to work hard, work in the gym, work from home and do what I can. We’ll just have to wait and see.” Fellow forward ​Son Heung-Min joined Kane in the treatment room when he fractured his arm against Aston Villa in mid-February. At the time, it was thought that this had left José Mourinho without his two first-choice attackers for the rest of the campaign - something he didn't let go unnoticed.

Now it seems as though Mourinho will once again be able to call upon the services of the side's talisman when the Premier League resumes, whenever that may be.