Tottenham Hotspur striker Harry Kane joined a very exclusive club when he scored the winner for England against Croatia in the UEFA Nations League decider on Sunday afternoon, becoming only the 23rd man to reach 20 goals for the Three Lions.

Kane joins the likes of Sir Bobby Charlton, Wayne Rooney, Gary Lineker, Alan Shearer, Michael Owen and others to have hit the impressive milestone in England colours. But how does his international strike rate compare with the country's past greats? Having made his debut in a European Championship qualifier against Lithuania in 2015, a game he marked with a goal, Kane has scored his 20 England goals in 35 appearances. It is an average of 0.57 goals per game for the national side.

At his current rate of scoring, the England captain would be on course to break Rooney's all-time record of 53 England goals before reaching a century of caps. In fact, he would score his 54th England goal in his 95th appearance, all other things being equal.

It is a better strike rate than Rooney himself, whose appearance against the United States this month was his 120th in an England shirt. Kane has also found the net in an England shirt more regularly than Charlton, with the World Cup winner scoring his 49 at a rate of 0.46 per game. 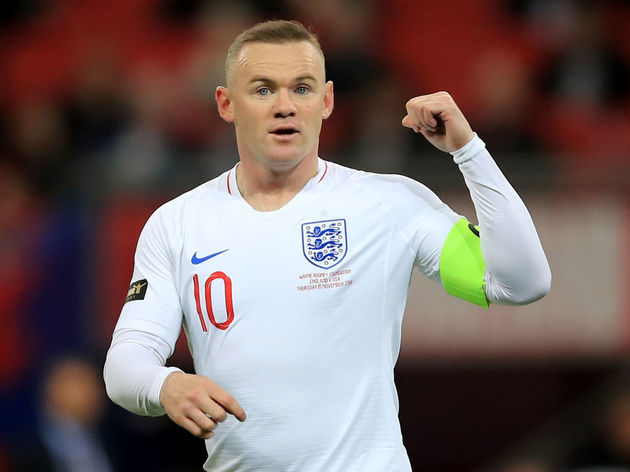 Kane's record is also marginally better than Jimmy Greaves, who scored 44 times in 80 England appearances, and Alan Shearer, who netted 30 in 63. Michael Owen's international strike rate was 0.45, while Frank Lampard and Steven Gerrard scored 0.27 and 0.18 goals per game respectively.

There are only six England players who have scored at least 20 international goals with better strike rates than Kane. Gary Lineker is among them with a record of 48 in 80 appearance, an average of 0.60 per game, while Nat Lofthouse, Stan Mortensen and Tommy Lawton all managed close to one in one during their respective England careers.

Lawton in particular scored 22 times in 23 appearances for the national team. Playing his first England game in 1938 and his last in 1948, he would arguably have scored many more goals had he not been part of a generation who lost six years of their careers to World War II.

Early goalscorers Vivian Woodward and Steve Bloomer, both of whom had finished their respective England careers by 1911, scored more than a goal per game for the national team.

Bloomer, a Derby County legend, netted 1.22 goals per game, while Tottenham and Chelsea icon Woodward, whose football career was prematurely ended by an injury sustained while fighting in the first World War, managed an even better 1.26 goals per game for England.

Goals Per Game Record of Every England Player With 20 or More International Goals: