​Tottenham Hotspur goalkeeper Hugo Lloris was stretchered off during the side's Premier League meeting with Brighton after yet another howler from the Frenchman handed Neal Maupay the easiest of goals.

Three minutes into the encounter on Saturday afternoon, the 32-year-old collected an in-swinging cross from the Seagulls' Pascal Groß. However, Lloris quickly began to stumble backwards towards the goalline, dropping the ball at the feet of a grateful Maupay, who duly netted from point-blank range.

It is unclear how long ​Spurs' captain will be unavailable, though the five minutes of treatment he received at the Amex Stadium (and subsequent hospitalisation) mean he may have to wait a considerable length of time before his next Lilywhites outing.

Plenty of attention was payed to Lloris' arm following his costly mistake, with images showing the limb in question bent very much in a way that arms – traditionally – don't bend.

His understudy Paulo Gazzaniga came on as a replacement once medics decided it was safe to remove the first-choice from the field. However, the Argentine was unable to prevent Aaron Connolly from doubling the hosts' lead as half-time drew near.

The World Cup winner's latest error comes in the midst of a crisis at Tottenham, with coach Mauricio Pochettino coming under increasing pressure following a woeful run of results. 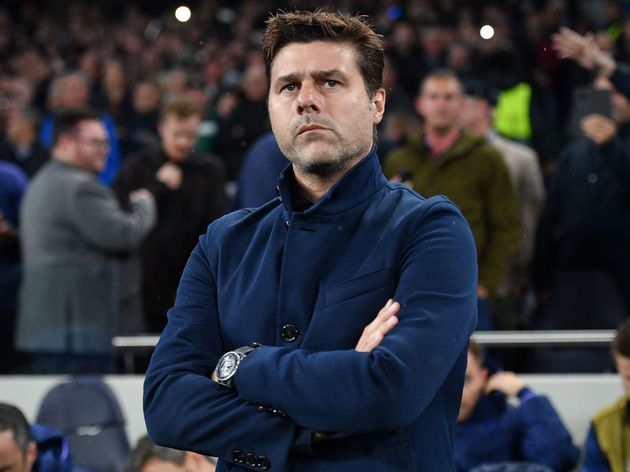 ​Bayern Munich demolished them 7-2 in the ​Champions League on Wednesday, that harrowing loss seeing the Lilywhites fall to a fifth defeat in all competitions this season.

They were, however, victorious in their last ​Premier League fixture before the meeting with ​Brighton, despite Lloris' incredible error of judgement and a Serge Aurier red card threatening to derail them against ​Southampton.

The shot-stopper has conceded 11 goals in the top-flight in 2019/20, with only six other sides having a worse record thus far.

Nevertheless, his wayward form is just one of numerous issues currently plaguing Pochettino, who has cut a forlorn figure on the touchline for the majority of the campaign.